It is not known how many people have died 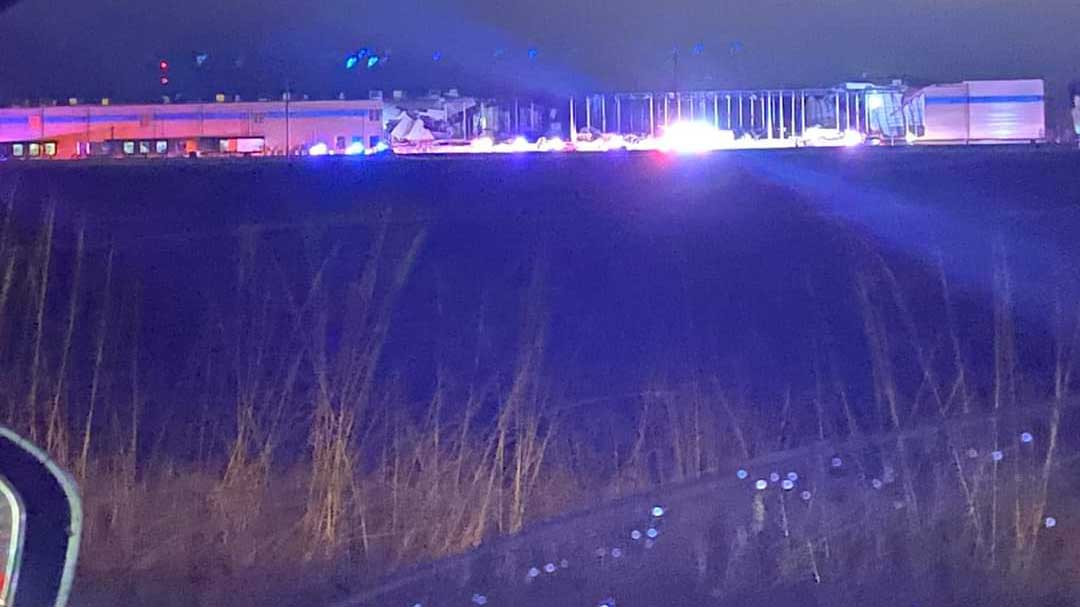 The police in Edwardsville, Illinois, said there were “confirmed fatalities” at an Amazon warehouse after a direct hit from a tornado caused a major portion of the building to collapse on Friday night, leaving “catastrophic damage to a significant portion” of the building.

It was not immediately known how many people had died. The police said on Saturday morning that they were notifying next of kin.

“Right now, our concern is trying to get people who are trapped,” Herbert Simmons, the director of the St Clair County Emergency Management Agency, said late on Friday.

The police did not immediately know how many workers were inside the building when the tornado struck around 8.30pm (local time) on Friday, but Michael Fillback, the Edwardsville police chief, told the St Louis station KDSK-TV on Saturday morning that the number was not “in the hundreds”.

Search-and-rescue operations were continuing as responders worked “to ensure that everyone who was working at the time is accounted for”, Chief Fillback said. A bus carried several workers to reunite with families in nearby Pontoon Beach, he said.

The tornado caused the collapse of a wall the size of a football field at the warehouse, along with the roof above it, according to The Associated Press.

“The safety and well-being of our employees and partners is our top priority right now,” Richard Rocha, an Amazon spokesman, said in a statement on Friday night, according to The AP. “We’re assessing the situation and will share additional information when it’s available.”