The authorities have responded to anti-government demonstrations with an arsenal of threats, diktats and detentions 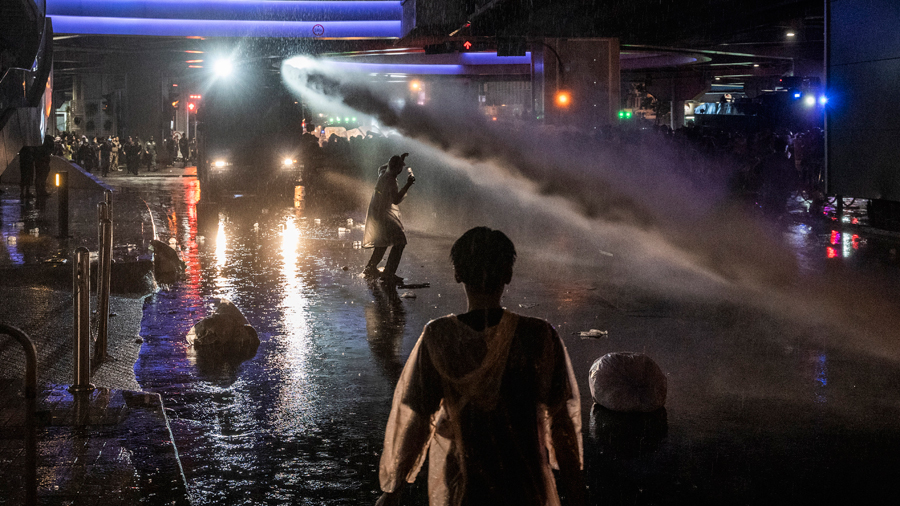 An anti-government protester throws a bottle at advancing riot police while being sprayed with a water cannon in Bangkok on Friday
NYTNS
Reuters   |   Bangkok   |   Published 17.10.20, 12:52 AM

Thai police used water cannon and pushed forward with riot shields and batons on Friday to try to disperse thousands of protesters who defied a ban on protests for a second day and in spite of a warning from Prime Minister Prayuth Chan-ocha.

Protesters pushed back, some with umbrellas. A few threw plastic bottles at the police in full riot gear.

“Get out, get out,” the protesters chanted as police used the heaviest force yet to stop three months of protests that have challenged King Maha Vajiralongkorn’s monarchy as well as demanding the removal of Prayuth, a former military ruler.

“The dictatorial government is using violence to disperse the people’s movement,” said Tattep Ruangprapaikitseree, one of the protest leaders. A ban on gatherings of more than five people was imposed on Thursday.

“After this there will be intensive measures in enforcing the law.”