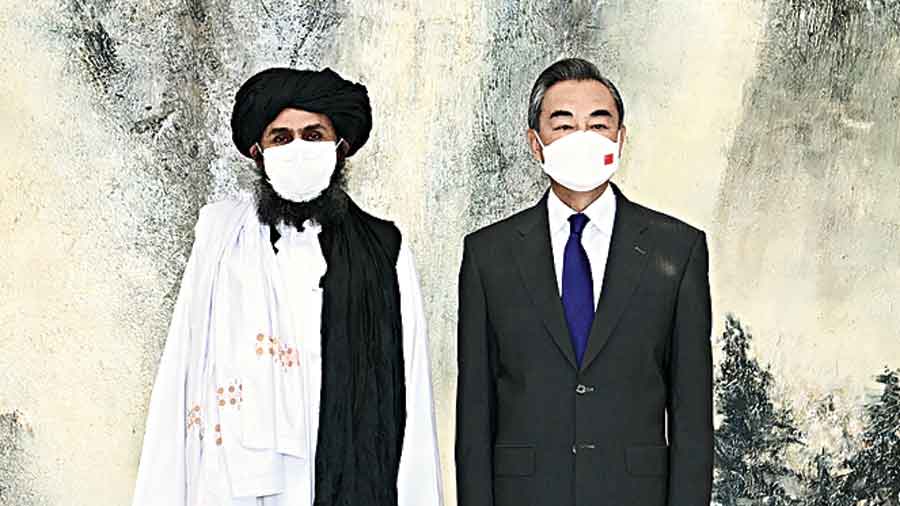 China told a visiting Taliban delegation on Wednesday it expected the insurgent group to play an important role in ending Afghanistan’s war and rebuilding the country, the Chinese foreign ministry said.

Nine Taliban representatives met foreign minister Wang Yi in the northern Chinese city of Tianjin on a two-day visit during which the peace process and security issues were discussed, a Taliban spokesperson said.

Wang said the Taliban is expected to “play an important role in the process of peaceful reconciliation and reconstruction in Afghanistan”, according to a readout of the meeting from the foreign ministry.

Wang also said that he hoped the Taliban would crack down on the East Turkestan Islamic Movement as it was a “direct threat to China’s national security”, according to the readout, referring to a group China says is active in the Xinjiang region in China’s far west.

The visit was likely to further cement the insurgent group’s recognition on the international stage at a sensitive time even as violence increases in Afghanistan. The militants have a political office in Qatar where peace talks are taking place and this month sent representatives to Iran where they had meetings with an Afghan government delegation.

“Politics, economy and issues related to the security of both countries and the current situation of Afghanistan and the peace process were discussed in the meetings,” Taliban spokesperson Mohammed Naeem tweeted about the China visit.

Naeem added that the group, led by Taliban negotiator and deputy leader Mullah Baradar Akhund, was also meeting China’s special envoy for Afghanistan and that

the trip took place after an invitation from Chinese authorities.