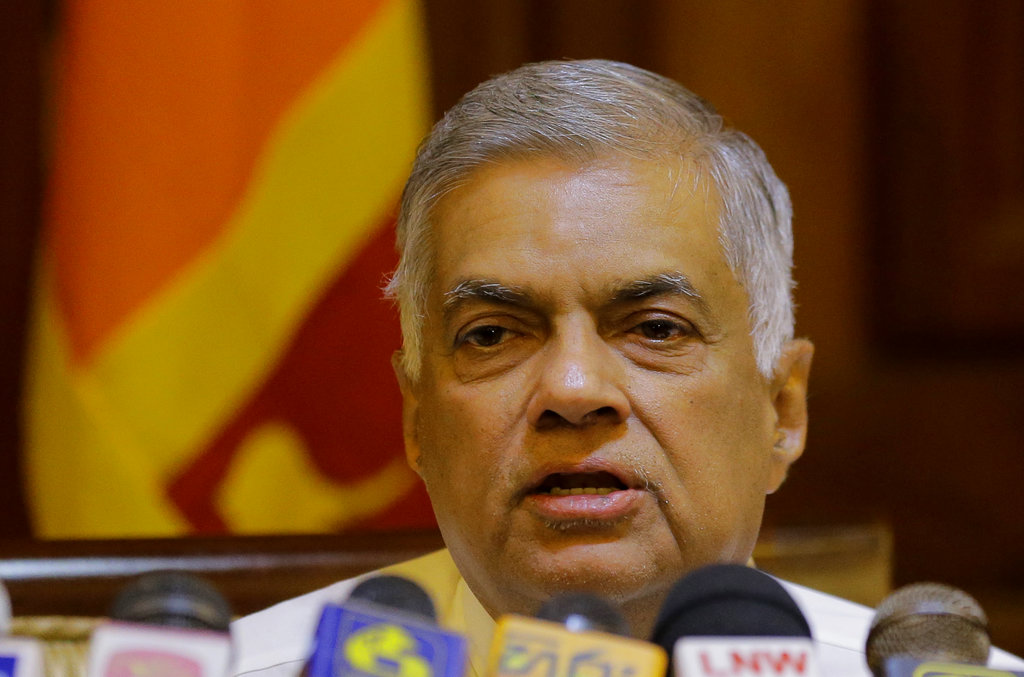 Sri Lanka's former prime minister whose October sacking by the president precipitated a political crisis won a confidence vote in Parliament on Wednesday.

Ranil Wickremesinghe received 117 votes in favor in the 225-member legislative body. The result is expected to increase pressure on President Maithripala Sirisena to reappoint Wickremesinghe as prime minister. Sirisena has vowed not to reappoint him despite criticism that his refusal violates the constitution.

'Today is a historic and monumental day in our political history as democracy triumphs over tyranny. A day when dictatorship will be defeated and overcome by democracy,' said lawmaker Sajith Premadasa, who presented the motion to Parliament.

He asked the president to respect the will of Parliament's majority and reappoint Wickremesinghe.

'I consider this as an important step toward defeating the unconstitutional steps taken from Oct. 26,' Wickremesinghe told Parliament after Wednesday's vote.

Soon after being appointed prime minister, Rajapaksa sought to secure a majority in Parliament but failed. Sirisena dissolved Parliament and ordered new elections, but that move has been stayed by the Supreme Court.

Rajapaksa has been defeated twice in no-confidence motions in Parliament and also had his and his ministers' finances cut by majority votes.

The no-confidence votes saw fighting between lawmakers, with Rajapaksa supporters occupying the speaker's chair and throwing books and water mixed with chili powder to try to prevent a vote. The speaker announced that the votes were passed by voice and that there was no longer a prime minister or Cabinet.

However, Rajapaksa continued in office with Sirisena's backing. Lawmakers opposed to Rajapaksa took their fight to the Court of Appeal, which has stayed him and his ministers from functioning in their positions until the case is concluded. On Wednesday, lawyers appeared for Rajapaksa and the stayed ministers in court, which set a hearing for January and also extended the stay order.

The Supreme Court is expected to issue a decision this week on whether it was legal for Sirisena to dissolve Parliament. A recent constitutional amendment has a provision that the president can't dissolve Parliament before 4 1/2 years from the day of its first sitting.