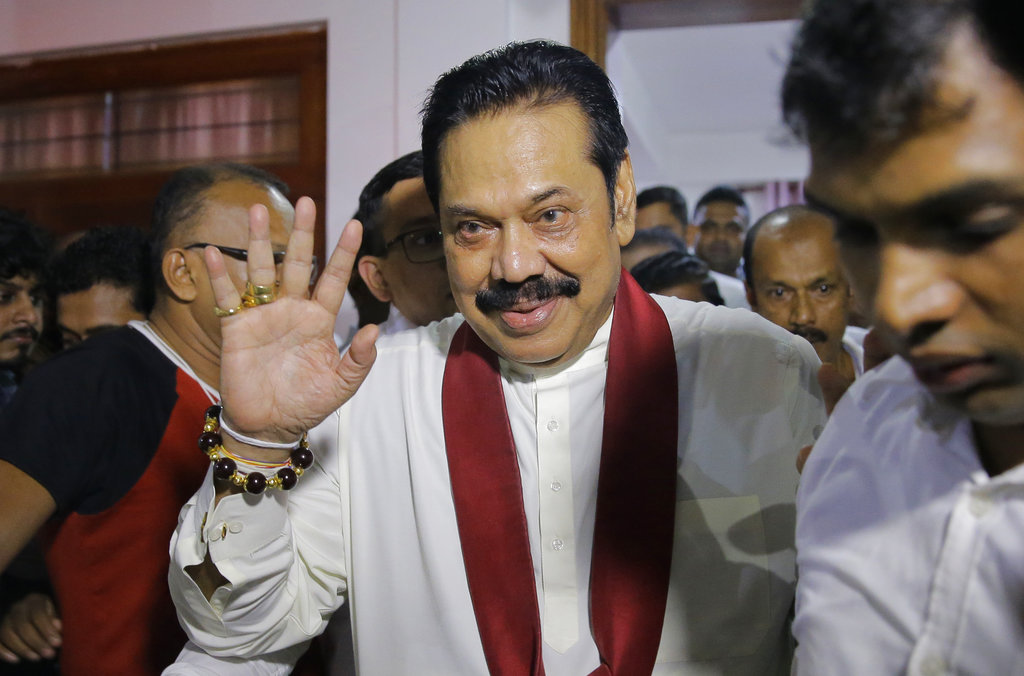 Dramatic twist in Lanka after ripples in Delhi

Several members of Rajapaksa's family — former Cabinet members and government officials — are facing charges of corruption. Rajapaksa's appointment as prime minister is expected to provide relief to them.

Wickremesingh said at the news conference that parliament should be allowed to resolve the political crisis.

'As far as the prime ministership is concerned, the person who has the majority support in parliament has to be the prime minister, and I have that majority of support,' he said. 'When a motion of no confidence was moved (in the past), we defeated it, showing that the house has the confidence in me.'

Sri Lanka's president suspended parliament on Saturday even as the prime minister he fired the previous day claimed he has majority support, adding to a growing political crisis in the South Asian island nation.

Chaminda Gamage, a spokesman for the parliamentary speaker, confirmed that President Maithripala Sirisena had suspended parliament until November 16.

The suspension came while ousted Prime Minister Ranil Wickremesinghe was holding a news conference in which he asserted that he could prove his majority support in parliament.

Sirisena sacked Wickremesinghe and his Cabinet on Friday and replaced him with former strongman Mahinda Rajapaksa, creating what some observers said could be a constitutional crisis.

The suspension of parliament is expected to give Rajapaksa time to try to muster enough support to survive any no confidence vote. 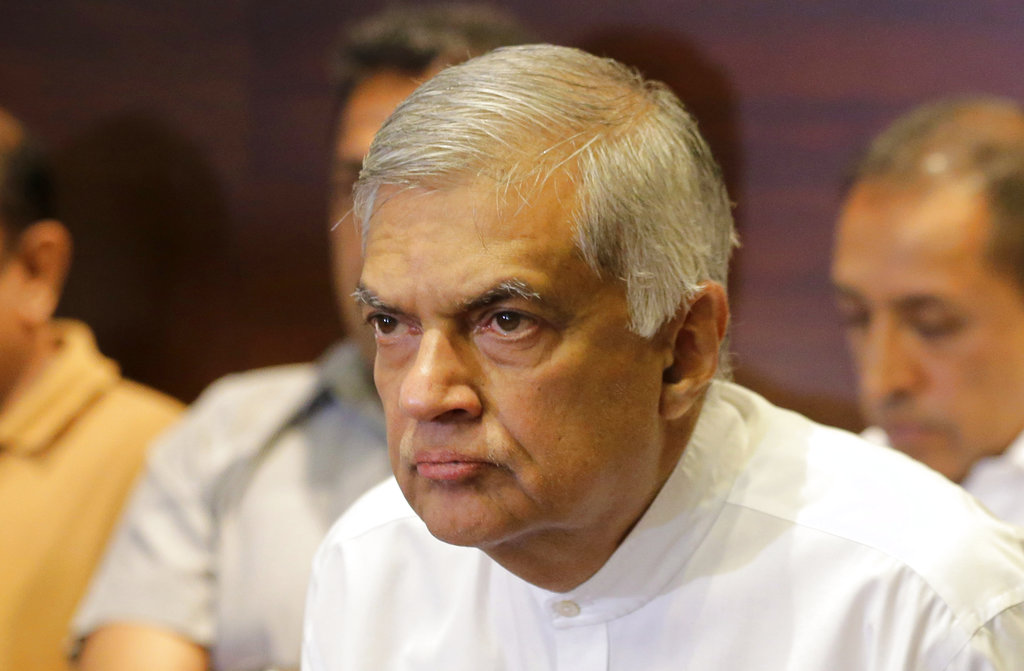 An Indian External Affairs Ministry official said New Delhi 'is aware of the developments and watching the situation closely.'

Sri Lanka became a center for the India-China rivalry for control of the Indian Ocean region during Rajapaksa's presidency, which displayed heavy pro-China leanings. His government provided for the outright sale of land for an artificial island being developed by China with an investment of $1.5 billion.

But the possibility of China's presence in an area separated from Indian territory by only the narrow Palk Strait upset India.

Wickremesinghe, who was in charge of the economy as prime minister, scrapped the clause in the deal with Beijing allowing outright land ownership.

Tensions have been building between Sirisena and Wickremesinghe for some time, as the president also did not approve of some of the economic reforms being introduced by the prime minister. Sirisena was also critical of police investigations into military personnel accused in the abductions and disappearances of civilians and journalists during Sri Lanka's long civil war.

Rajapaksa ruled Sri Lanka as president for nine years beginning in 2005, accumulating immense power and popularity among the country's majority ethnic Sinhalese after overseeing the military's brutal defeat of ethnic Tamil rebels in May 2009, ending the 25-year civil war. Some supporters hailed him as a king and savior.

But he also was criticized for failing to allow an investigation into allegations of war crimes by the military. Under his government, dozens of journalists were killed, abducted and tortured and some fled the country fearing for their lives. He lost a bid for re-election in 2015 amid mounting allegations of corruption and nepotism.

His return to power as prime minister could signal that Sri Lanka is sliding back to an era of violence against political opponents, critics and journalists, observers said.