The successful launch and return of the mission marked another milestone in the industry of commercial astro-tourism, 60 years after the dawn of human spaceflight 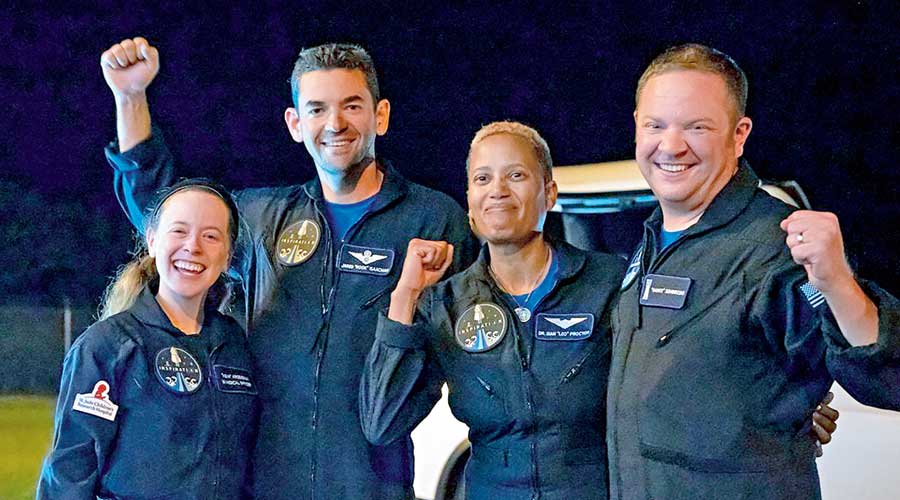 The quartet of newly minted citizen astronauts comprising the SpaceX Inspiration4 mission safely splashed down in the Atlantic off Florida’s coast on Saturday, completing a three-day flight of the first all-civilian crew ever sent into Earth orbit.

The successful launch and return of the mission, the latest in a recent string of rocket-powered expeditions bankrolled by their billionaire passengers, marked another milestone in the fledgling industry of commercial astro-tourism, 60 years after the dawn of human spaceflight.

First out was Hayley Arceneaux, 29, a physician assistant in Tennessee, a childhood bone cancer survivor who became the youngest person ever to reach Earth orbit on the Inspiration4 mission.

“That was a heck of a ride for us,” Isaacman radioed. He had paid an undisclosed sum (around $200 million, according to Time magazine) to fellow billionaire Musk for all four seats.

For a brief moment, a record 14 people were in orbit at the same time: the four Inspiration4 crew members, three Chinese astronauts on the country’s nascent space station and seven astronauts aboard the International Space Station.