Russia makes dialogue offer to US 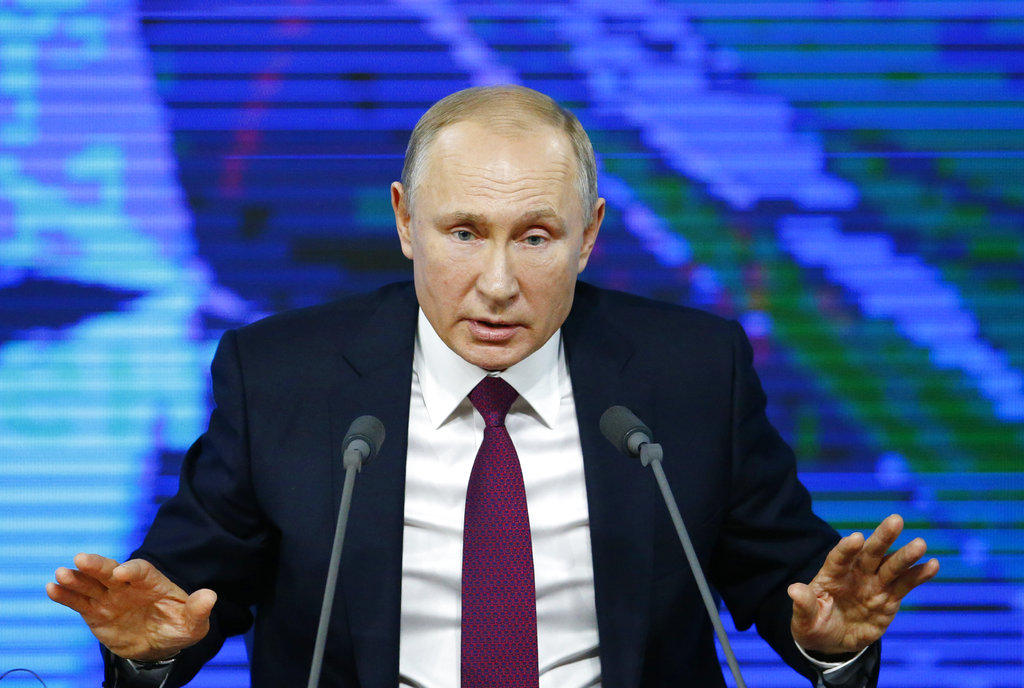 Russian President Vladimir Putin told his US counterpart Donald Trump in a New Year letter on Sunday that Moscow was ready for dialogue on a “wide-ranging agenda”, the Kremlin said following a series of failed attempts to hold a new summit.

At the end of November, Trump abruptly cancelled a planned meeting with Putin on the sidelines of a G20 summit in Argentina, citing tensions about Russian forces opening fire on Ukrainian navy boats and then seizing them.

Trump and Putin also failed to hold a full-fledged meeting in Paris on the sidelines of the centenary commemoration of the Armistice. The two leaders held their one and only summit in Helsinki in July.

“Vladimir Putin stressed that the (Russia-US) relations are the most important factor for providing strategic stability and international security,” a Kremlin statement said.

“He confirmed that Russia is open for dialogue with the USA on the most wide-ranging agenda.”

Moscow has said one of the key issues it wanted to discuss with the US is Washington’s plans to withdraw from a Cold War era nuclear arms pact.

Russian foreign minister Sergei Lavrov was quoted as saying that now it was up to the US whether to hold a new meeting in 2019.

“The issue should be addressed to Washington. Both our President and his representatives have said that we are ready for the talks when Washington is ready for it,” TASS news agency quoted Lavrov as saying in televised remarks.

In a separate letter to Syrian President Bashar al-Assad, Putin pledged continuation of aid to the Syrian government and people in the“fight against terrorism, in defence of state sovereignty and territorial integrity”.

Putin also sent New Year greetings to other world leaders including Prime Ministers Theresa May of Britain and Shinzo Abe of Japan, as well as Chinese President Xi Jinping.

Putin wished “well-being and prosperity to the British people”, the Kremlin said.

Russia’s embassy in London said on Friday Moscow and London had agreed to return some staff to their respective embassies after they expelled dozens of diplomats early this year.

Britain expelled 23 Russian diplomats over accusations the Kremlin was behind a nerve toxin attack in March on former double agent Sergei Skripal and his daughter in the English city of Salisbury.

Russia, which denies any involvement in the poisoning, sent home the same number of British embassy workers in retaliation.