I think this is the most pressing issue facing the country and that's why I set out a clear plan and framework of how we would go about addressing it: Rishi 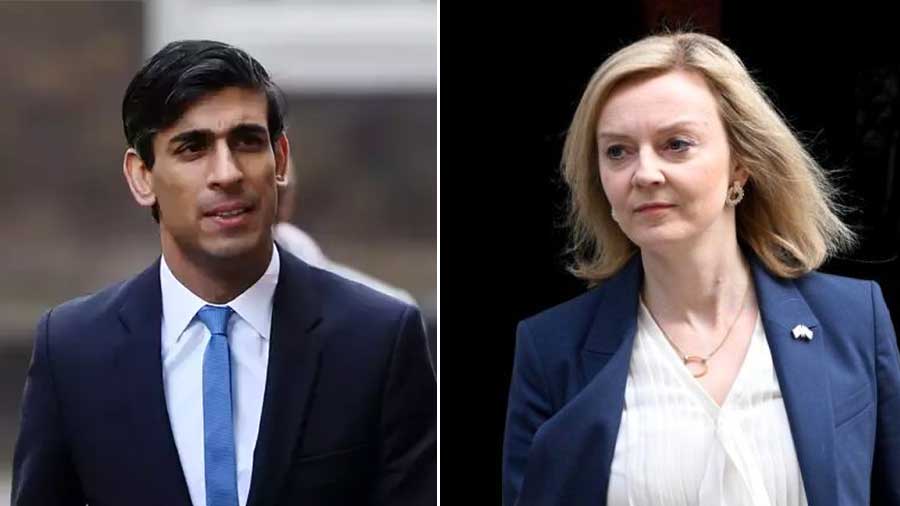 Both Rishi Sunak and Liz Truss renewed their pledge on Sunday to tackle the energy crisis sending household bills spiralling in the UK as a priority as the countdown to the new British Prime Minister taking charge at 10 Downing Street edges towards its conclusion.

While the Indian-origin former Chancellor reiterated his approach of offering targeted support to people on lower incomes, the foreign secretary refrained from spelling her plans out to only say that she will act immediately if elected Conservative Party leader and Prime Minister on Monday.

The issue of a cost-of-living crisis caused by spiralling energy costs in the wake of the Russia-Ukraine conflict has dominated the race to replace Boris Johnson.

"I think this is the most pressing issue facing the country and that's why I set out a clear plan and framework of how we would go about addressing it," Sunak said during his final pre-election BBC interview.

"What I have said is that I will provide direct financial support; I announced some of that as Chancellor and I would go further as Prime Minister as the situation has deteriorated," he said.

Earlier, the 42-year-old former finance minister and the first Indian-origin politician to compete for the post of British Prime Minister signed off with the words See you Monday as voting came to an official close on Friday evening.

Most surveys of Conservative Party members with a vote in the leadership race have concluded that it will be 47-year-old Truss who will go on to become the UK's third female Prime Minister, after Margaret Thatcher and Theresa May.

Sunak was the clear frontrunner with his Tory MP colleagues, who voted overwhelmingly for him as a finalist in the race to succeed Johnson. However, the wider Tory membership base is believed to be still fiercely loyal to the outgoing leader and unhappy with his early exit from Downing Street. This loyalty is expected to have a bearing on the final outcome of the Tory leadership contest.

The online and postal ballots cast by an estimated 160,000 Tory members are being tallied by the Conservative Campaign Headquarters (CCHQ), with the winner announced on Monday at 1230 pm local time by Sir Graham Brady chair of the 1922 Committee of backbench Tory MPs and returning officer of the leadership election.

The two finalists in the race will find out who between them has clinched the top job at 10 Downing Street around 10 minutes before the public announcement.

The newly elected Tory leader will make a brief acceptance speech soon after at the Queen Elizabeth II Conference Centre in central London near Downing Street. The rest of Monday will involve the winning candidate putting final touches to his or her Cabinet posts.

On Tuesday, the day will begin with a farewell speech by outgoing Prime Minister Boris Johnson on the steps of his Downing Street office one last time before he is flown out to Aberdeenshire in Scotland for his audience with the Queen to formally resign as the head of government.

Hours later, his successor will arrive separately in Scotland to be formally appointed Prime Minister by Queen Elizabeth II at her Balmoral Castle residence marking the first time in history that the appointment is made outside of England and Buckingham Palace as the 96-year-old monarch reduces her travels with age.

Later in the afternoon of Tuesday, the newly appointed Prime Minister will arrive back at Downing Street to make his or her inaugural speech before getting on with the task of announcing key Cabinet posts. Essential security briefings and handing over of nuclear codes is expected to also take place during the course of the day by senior officials.

On Wednesday at 12 noon local time, the newly elected leader of the Conservative government will address their first Prime Minister's Questions (PMQs) in the House of Commons facing off with Opposition Leader Sir Keir Starmer for the first time.

It marks the culmination of weeks of high political drama at the heart of British government after nearly 60 senior ministers resigned from Cabinet forcing Boris Johnson out in the wake of the partygate scandal of Covid law-breaking parties and a scandal involving a senior political aide.