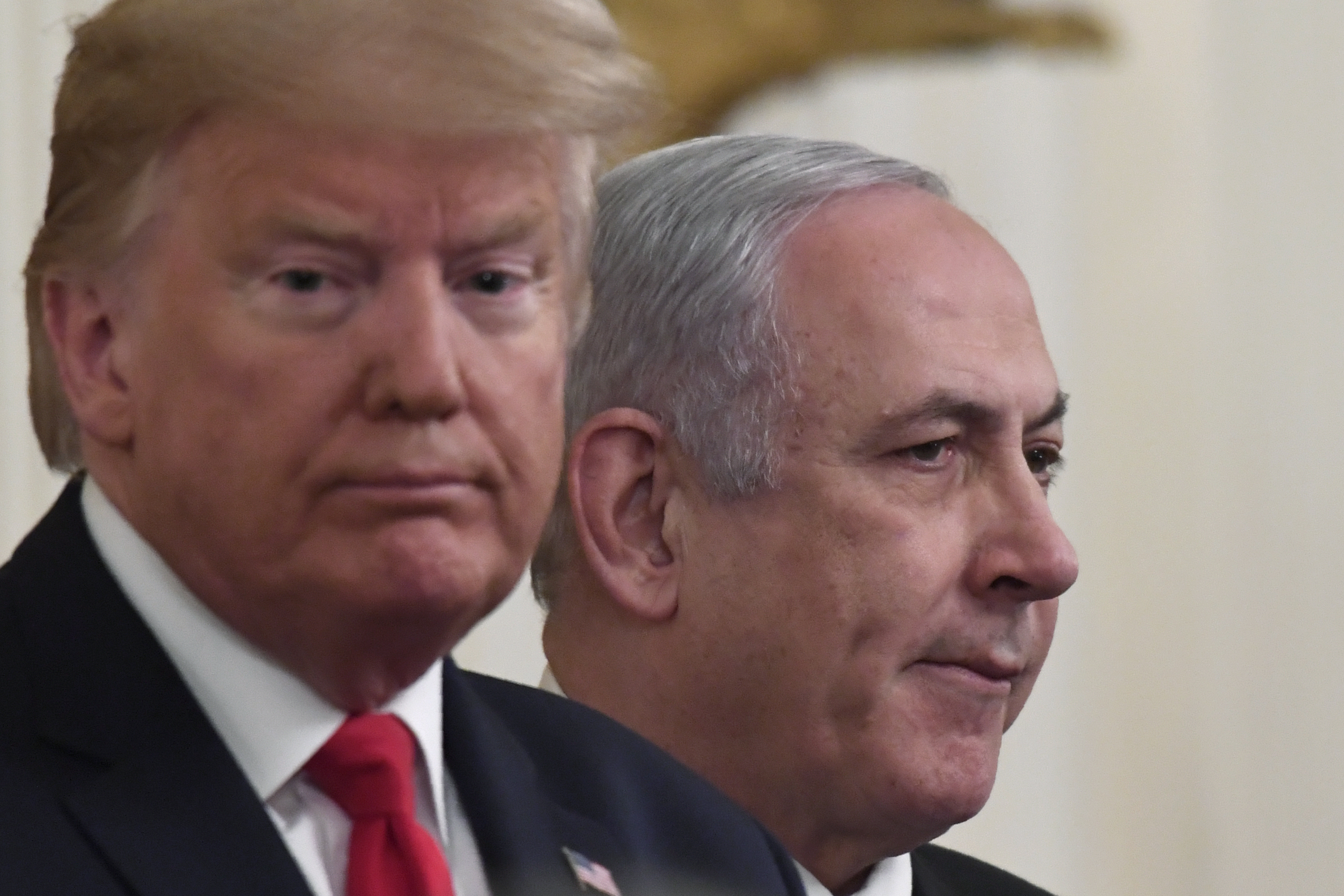 President Trump unveiled his long-awaited West Asia peace plan with a flourish on Monday, outlining a proposal that would give Israel most of what it has sought over decades of conflict while creating what he called a Palestinian state with limited sovereignty.

Trump’s plan would guarantee that Israel would control a unified Jerusalem as its capital and not require it to uproot any of the settlements in the West Bank that have provoked Palestinian outrage and alienated much of the outside world. He promised to provide $50 billion in international financing to build the new Palestinian entity and open an embassy in its new state.

“My vision presents a win-win opportunity for both sides, a realistic two-state solution that resolves the risk of Palestinian statehood into security,” the President said at a White House ceremony that demonstrated the one-sided state of affairs as he was flanked by Prime Minister Benjamin Netanyahu of Israel but no counterpart from the Palestinian leadership, which is not on speaking terms with the Trump administration.

Trump insisted his plan would be good for the Palestinians. “President Abbas,” he said, “I want you to know if you choose the path to peace, America and many other countries, we will be there.”