India, UK sign MoU to signal their intent to negotiate a free trade pact setting an ambitious target of more than doubling bilateral trade over the next nine years 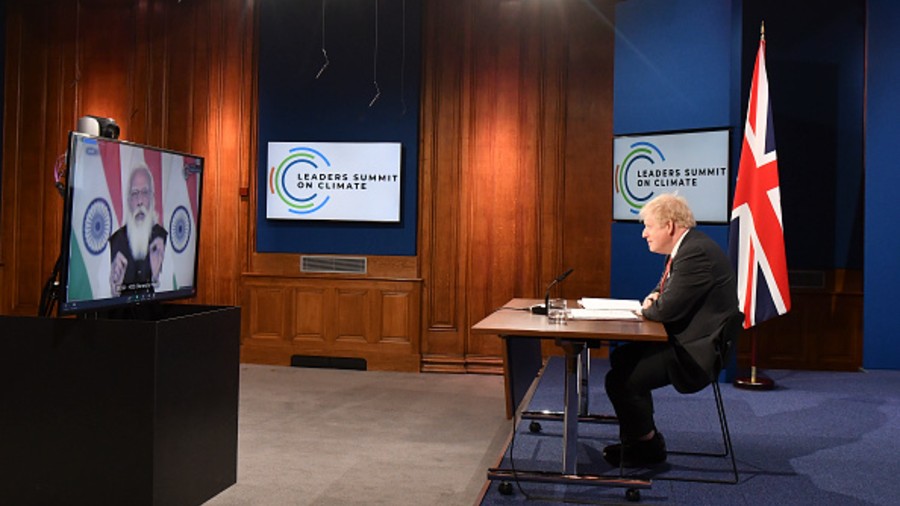 India and the UK on Tuesday signed an Enhanced Trade Partnership Memorandum of Understanding (MoU) to announce their intent to negotiate a comprehensive Free Trade Agreement, setting an ambitious target of more than doubling bilateral trade over the next nine years.

The MoU was signed during the virtual summit between Prime Minister Narendra Modi and his British counterpart Boris Johnson who was supposed to visit India for this meeting but had to cancel it after the second wave of the pandemic began to ravage the country.

The two countries have also adopted a roadmap to steer cooperation over the coming decade, and signed an MoU on Migration and Mobility Partnership to facilitate the legal movement of students and professionals and also enhance cooperation between India and the UK in combating illegal migration.

This MoU will allow exchange of 3,000 young professionals.

For Indian professionals this will mean a way to avail employment opportunities in the UK for two years without having to take the labour market test.

This MoU was signed by external affairs minister

According to Patel, “This agreement will also ensure that the British government can remove those with no right to be in the UK more easily and crack down on those abusing our system’’.

The issue of illegal Indian migrants in the UK has been hanging fire for years as India has been insisting that they cannot just go by London’s claims of such individuals’ Indian antecedents without verification which is an arduous process here.

This was Modi’s first international engagement since the BJP’s defeat in the West Bengal assembly elections.

Boris, who has been beset by controversies of his own, faces a political test on Thursday during local government and mayoral elections in London and many other parts of the country.

A statement from Downing Street said: “Over the last week British business, civil society and the wider public have demonstrated the strength of the relationship between the UK and India by donating much-needed medical supplies to the country.

“During their call the Prime Minister and Prime Minister Modi agreed to continue to work together on our shared fight against coronavirus. They pointed to the Oxford-AstraZeneca vaccine, currently being produced by India’s Serum Institute, as an example of the power of UK-India cooperation.”

Boris commented: “The UK and India share many fundamental values. The UK is one of the oldest democracies, and India is the world’s largest. We are both committed members of the Commonwealth.

“In the last week the British people have stepped up in their thousands to support our Indian friends during this terrible time in a demonstration of the deep connection between the UK and India.

This connection will only grow over the next decade as we do more together to tackle the world’s biggest problems and make life better for our people.”

The agreements we have made today mark the beginning of a new era in the UK-India relationship.”

The two leaders “agreed to a ‘2030 Roadmap’ which will provide a framework for UK-India relations across health, climate, trade, education, science and technology, and defence”.

They intend to “deepen the economic relationship between the UK and India through an ‘Enhanced Trade Partnership’ and confirming our intent to negotiate a Free Trade Agreement with a view to doubling UK-India trade over the next decade”.

They also want to “increase cooperation between British and Indian universities on crucial research in areas like health, emerging technologies and climate science”.

They have committed themselves to working “in lockstep to tackle threats to our shared security in all their forms. The UK’s Carrier Strike Group will visit India later this year to boost this work with our navies and air forces undertaking joint training exercises to enable future cooperation on operations in the Western Indian Ocean”.

During their meeting, Boris and Modi “undertook to work closely together in support of those values”.