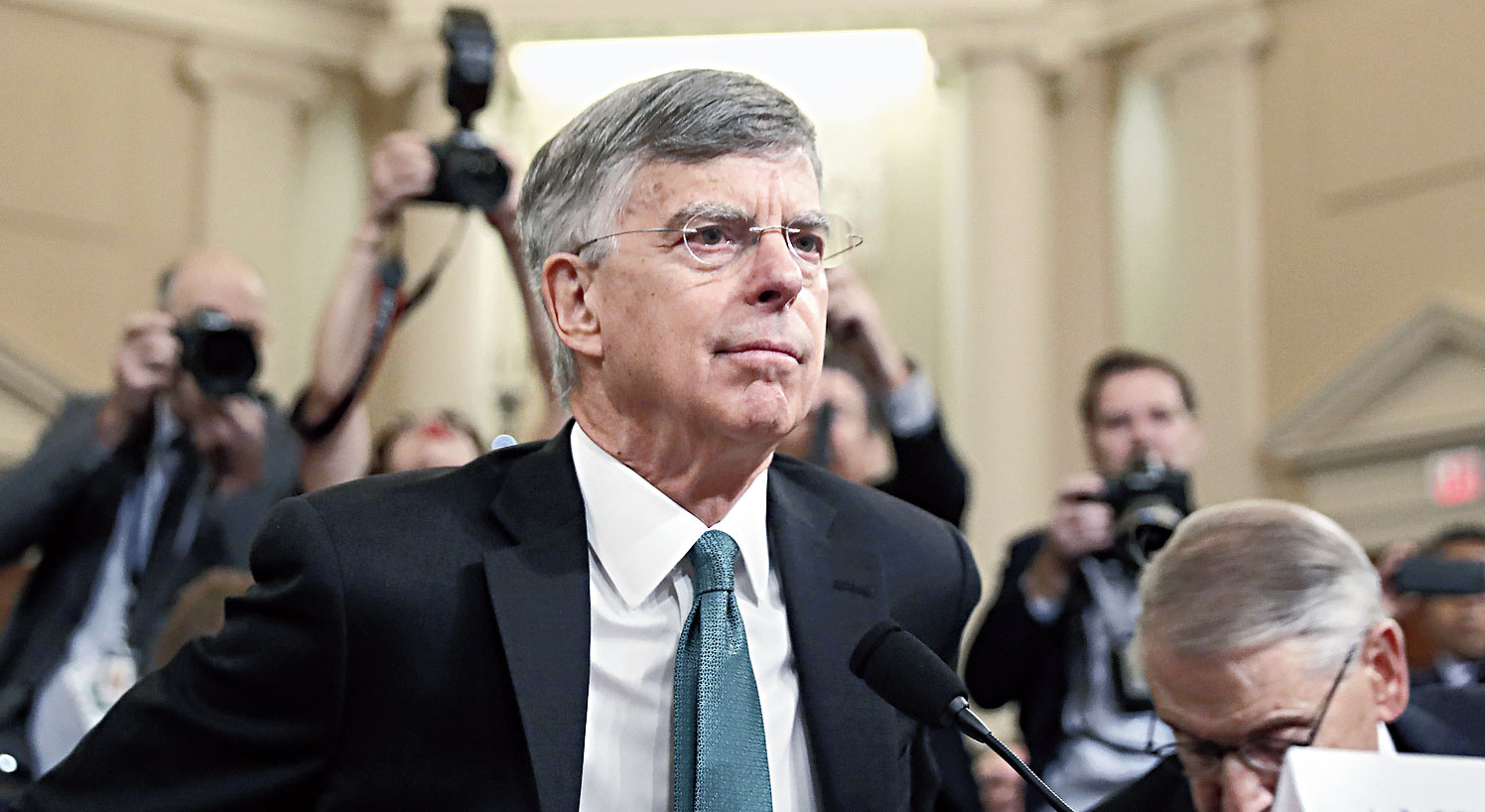 In a nationally televised hearing from a stately committee room across from the Capitol, William B. Taylor Jr, the top American diplomat in Ukraine, brought to life Democrats’ allegations that Trump had abused his office by trying to enlist a foreign power to help him in an election.

Taylor testified to the House Intelligence Committee that he learned only recently of a July telephone call overheard by one of his aides in which the President was preoccupied with Ukraine’s willingness to say it would look into Biden and work by his son Hunter Biden for a Ukrainian energy firm. Immediately afterwards, Taylor said, the aide had been informed that Trump cared more about “investigations of Biden” than he did about Ukraine.

A powerful witness for Democrats, Taylor appeared as Congress embarked on the third set of presidential impeachment hearings in modern times. Forceful, detailed and unflappable in the face of Republican taunts, the veteran diplomat delivered a remarkable rebuke of the actions taken by the President and his allies inside and outside of the government who placed Trump’s political objectives at the center of American policy towards Ukraine.

“Security was so important for Ukraine, as well as our own national interests,” Taylor testified, describing his growing sense of alarm at learning that $391 million in vital military aid for the former Soviet republic had been held up.

“To withhold that assistance for no good reason other than help with a political campaign made no sense. It was counter-productive to all of what we had been trying to do. It was illogical. It could not be explained. It was crazy.”

The proceedings pushed into the public gaze an epic impeachment clash between Trump, his Republican allies and Democrats that has shifted into high gear less than a year before the presidential election.

In the first impeachment hearing in more than two decades, Taylor and another seasoned diplomat, George P. Kent, sketched out, in testimony by turns cinematic and dry, a tale of foreign policymaking distorted by a President’s political vendettas with a small country facing Russian aggression caught in the middle.