Flights will be allowed to and from Karachi, Islamabad, Peshawar and Quetta 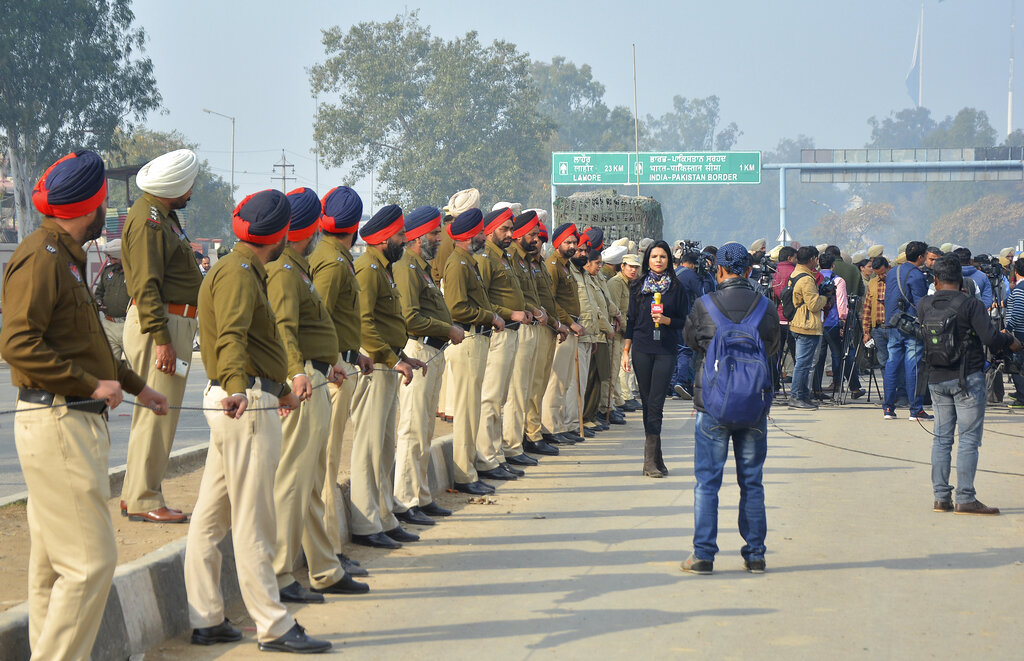 Indian policemen and reporters wait for the return of Wing Commander Abhinandan Varthaman at Wagah on Friday.
AP
AP And PTI   |   Islamabad   |   Published 01.03.19, 11:03 AM

Pakistan's civil aviation authority has partially re-opened the country's airspace, allowing travel to four major cities, two days after it was closed down in view of escalating tensions with India.

The agency issued a statement on Friday, saying all domestic and international flights will be allowed to and from the cities of Karachi, Islamabad, Peshawar and Quetta.

It says other airports, including the one located in the eastern city of Lahore that borders India, will remain closed until March 4.

Islamabad closed its air space on Wednesday after saying that Pakistan's military shot down two Indian warplanes and captured an Indian Air Force pilot, escalating tensions between the nuclear-armed rivals.

Wing Commander Abhinandan Varthaman is expected to be handed back to India later on Friday, a move Pakistani Prime Minister Imran Khan has said is a gesture of peace.

The sir space closure snarled air traffic, leaving thousands of travellers stranded worldwide. More than than 700 international and domestic flights, including flights to New Delhi, were cancelled in the last three days. Four Indian passengers were stranded at Lahore airport on Wednesday.