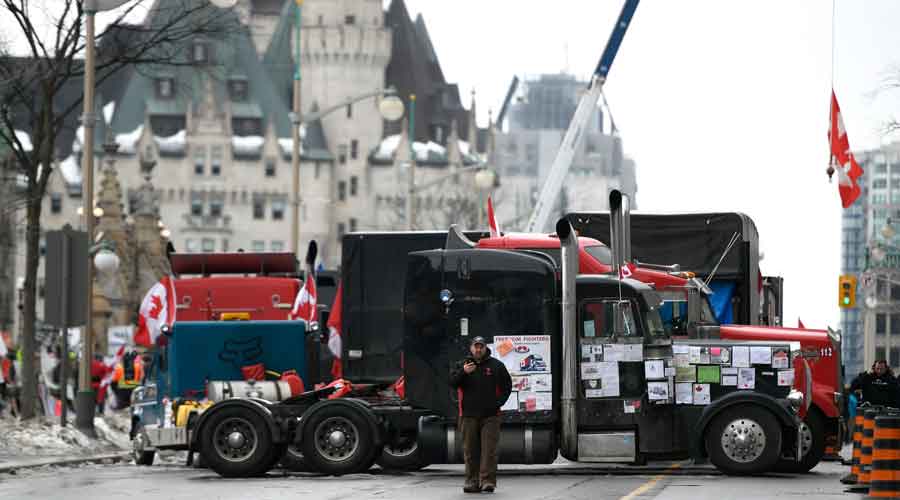 Police warned protesters occupying central Ottawa of “imminent” action to clear them from the capital and began making some arrests on Thursday to end a crisis that Canadian Prime Minister Justin Trudeau warned was threatening public safety.

Truckers opposing coronavirus mandates have blocked roads in downtown Ottawa for nearly three weeks, the centrepiece of a movement that has inspired anti-government protests in other countries and temporarily shut border crossings with the US.

Threats of fines and jail helped convince protesters to retreat this week from four US border points. Police have issued similar warnings in Ottawa, where interim police chief Steve Bell said they were committed to driving protesters out.

“We’ve been bolstering our resources, developing clear plans and preparing to take action. The action is imminent,” Bell told reporters. “To those engaged in the unlawful protests —  if you want to leave under your own terms, now is the time to do it.”

Police were seen arresting several protesters on Thursday, including Chris Barber, one of their main fundraisers and organisers. Officers handcuffed him and placed him in the back of a police vehicle, a video posted to the organisers’ Facebook page showed.