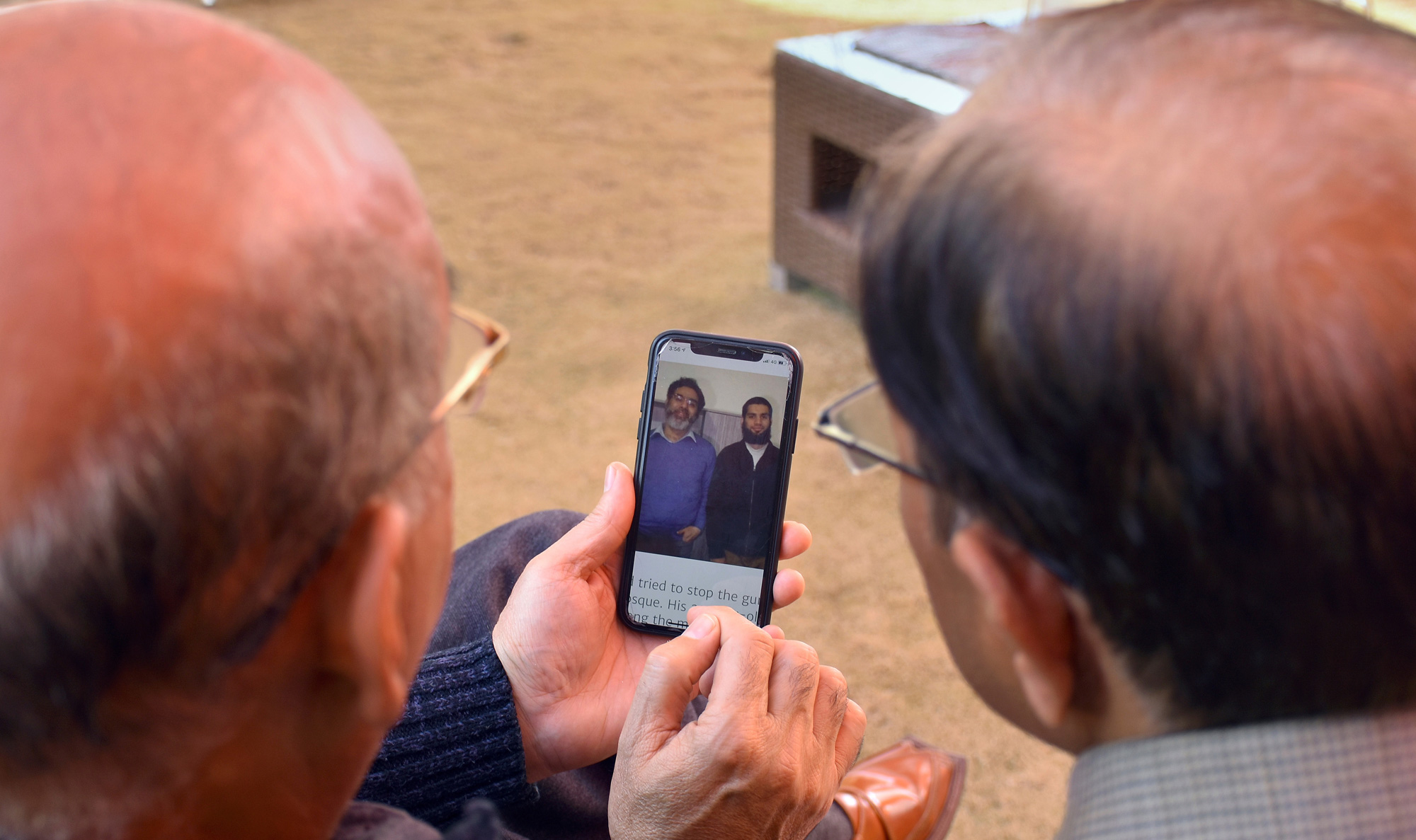 Relatives look the pictures of Pakistani citizen Rashid Naeem, and his son Talha Naeem, who were reportedly killed in the Christchurch mosque shooting, in a cell phone at their native home in Abbottabad, Pakistan on Saturday, March 16, 2019.
AP
Reuters   |   Wellington   |   Published 16.03.19, 07:40 PM

Australian Brenton Harrison Tarrant, 28, a suspected white supremacist, was charged with murder on Saturday after 49 people were killed and dozens wounded in mass shootings at two New Zealand mosques.

Tarrant, handcuffed and wearing a white prison suit, stood silently in the Christchurch district court where he was remanded without a plea. He is due back in court on April 5 and police said he was likely to face further charges.

Friday’s attack, which Prime Minister Jacinda Ardern labelled as terrorism, was the worst ever peacetime mass killing in New Zealand and the country had raised its security threat level to the highest. Tarrant has been described as a suspected white supremacist, based on his social media activity.

Footage of the attack on one of the mosques was broadcast live on Facebook, and a “manifesto” denouncing immigrants as “invaders” was also posted online via links to related social media accounts.

The video showed a man driving to the Al Noor mosque, entering it and shooting randomly at people with a semi-automatic rifle with high-capacity magazines. Worshippers, possibly dead or wounded, lay on the floor, the video showed.

At one stage the shooter returns to his car, changes weapons, re-enters the mosque and again begins shooting. The camera attached to his head recording the massacre follows the barrel of his weapon, like some macabre video game.

Forty-one people were killed at the Al Noor mosque.

Tarrant was arrested in a car, which police said was carrying improvised explosive devices, 36 minutes after they were first called.

“The offender was mobile, there were two other firearms in the vehicle that the offender was in, and it absolutely was his intention to continue with his attack,” Ardern told reporters in Christchurch on Saturday.

Ardern’s office said the suspect had sent the “manifesto” in a bulk email that included a generic address for the Prime Minister, the opposition leader, speaker of the parliament and around 70 media outlets a matter of minutes before the attack.

A spokesman said the email didn’t describe the specific incident and there was “nothing in the content or timing that would have been able to prevent the attack”.

The staff member monitoring the accounts sent it to parliamentary services as soon as they saw it, who sent it to police, the spokesman said.

Two other people were in custody and police said they were seeking to understand whether they were involved in any way. None of those arrested had a criminal history or were on watchlists in New Zealand or Australia.

Ardern said she had spoken to US President Donald Trump, who had asked how he could help.

“My message was sympathy and love for all Muslim communities,” she said she told him.