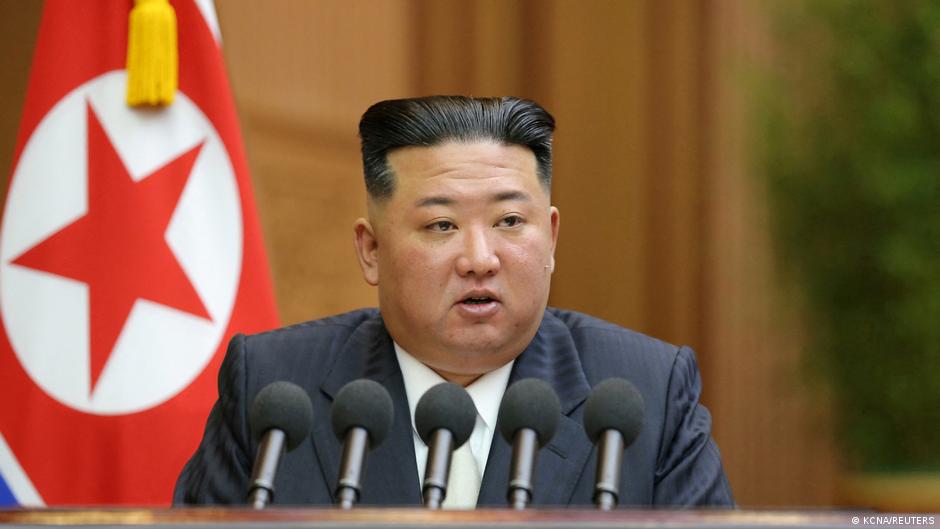 North Korea officially enshrined the right to use preemptive nuclear strikes as a method of self-defense, state media reported on Friday.

In a speech to North Korea's parliament in Pyongyang, leader Kim Jong Un said the new law made the

No 'bargaining' over nuclear weapons

"The utmost significance of legislating nuclear weapons policy is to draw an irretrievable line so that there can be no bargaining over our nuclear weapons," Kim said in a speech to North Korea's parliament.

"Let them sanction us for 100 days, 1,000 days, 10 years or 100 years," Kim said. "We will never give up our rights to self-defense that preserves our country's existence and the safety of our people just to temporarily ease the difficulties we are experiencing now."

North Korea's pursuit of nuclear weapons has made it the subject of a range of international sanctions.

Pyongyang's parliament passed the legislation on Thursday as a replacement to a 2013 law, according to which North Korea could use nuclear weapons to repel invasion or attack from a hostile nuclear state.

The new law allows for preemptive nuclear strikes if an imminent attack by weapons of mass destruction against the country's "strategic targets" is detected. This includes a "nuclear or non-nuclear attack by hostile forces" on North Korea's leadership.

Like the old law, the new legislation says Pyongyang will not threaten non-nuclear states with nuclear weapons unless they attack North Korea alongside a nuclear-armed country.

The move comes as observes say North Korea appears to be preparing to resume nuclear testing for the first time since 2017. Washington and Seoul have repeatedly warned that Pyongyang is preparing to carry out its seventh nuclear test.

"Actually spelling out the conditions for use are especially rare, and it may simply be a product of North Korea's position, how much it values nuclear weapons, and how essential it sees them for its survival," Rob York, director for regional affairs at the US-based Pacific Forum think tank, told the Reuters news agency.

"In a nutshell, there are some really vague and ambiguous circumstances in which North Korea is now saying it might use its nuclear weapons," Chad O'Carroll, founder of the North Korea-tracking website NK News, tweeted.

"I imagine the purpose is to give US and South Korean military planners pause for thought over a much wider range of actions than before," he added.