Nobel for US economists for improvements to auction theory 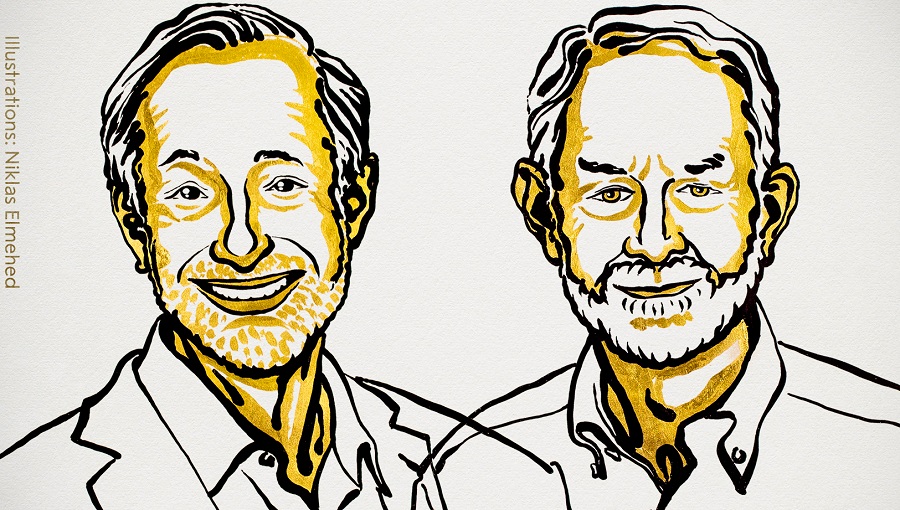 Americans Paul R Milgrom and Robert B Wilson have won the Nobel Prize in economics for improvements to auction theory and inventions of new auction formats.

The winners were announced Monday in Stockholm by Goran Hansson, secretary-general of the Royal Swedish Academy of Sciences.

The award caps a week of Nobel Prizes at a time when much of the world is experiencing the worst recession since World War II because of the impact of the coronavirus pandemic.

Technically known as the Sveriges Riksbank Prize in Economic Sciences in Memory of Alfred Nobel, the award was established in 1969 and is now widely considered one of the Nobel prizes.

Last year's award went to two researchers from the Massachusetts Institute of Technology and a third from Harvard University, for their groundbreaking research into efforts to reduce global poverty.

Few economists could have predicted last fall that the globe would come to a virtual standstill within months, as governments closed their borders, imposed lockdowns and ordered other measures to stop the spread of COVID-19, triggering a sharp dip in business activity worldwide.

The prestigious award comes with a 10-million krona (USD 1.1 million) cash prize and a gold medal.

On Monday, the Nobel Committee awarded the prize for physiology and medicine for discovering the liver-ravaging hepatitis C virus.

Tuesday's prize for physics honoured breakthroughs in understanding the mysteries of cosmic black holes, and the chemistry prize on Wednesday went to scientists behind a powerful gene-editing tool.

The literature prize was awarded to American poet Louise Gl ck on Thursday for her candid and uncompromising work.

The World Food Programme won the Nobel Peace Prize on Friday for its effort to combat hunger worldwide.