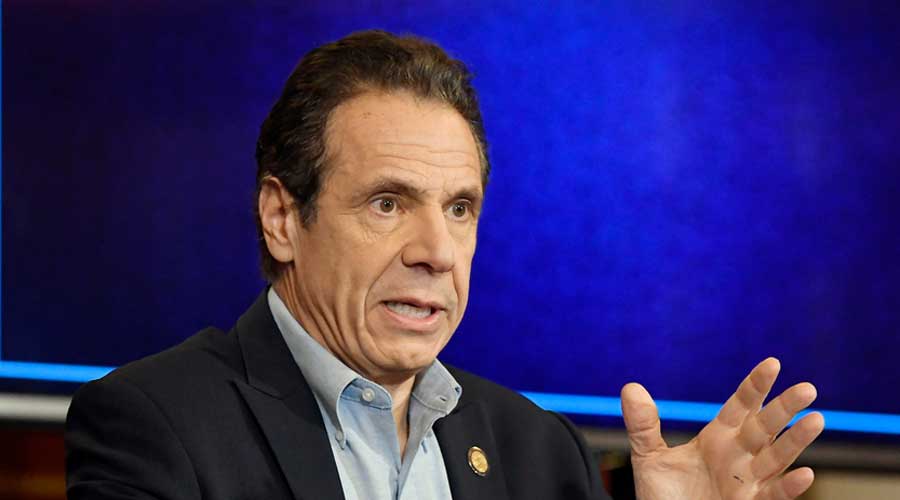 Independent investigators appointed by James led by Joon H Kim and Anne L Clark released their report into the multiple allegations of sexual harassment by Cuomo on Tuesday.

After nearly five months, the investigators concluded that Cuomo did sexually harass multiple women including former and current state employees by engaging in unwanted groping, kissing, and hugging, and making inappropriate comments , James said in a statement.

The governor and his senior staff took actions to retaliate against at least one former employee for coming forward with her story. Cuomo's Executive Chamber fostered a toxic workplace that enabled harassment to occur and created a hostile work environment .

This is a sad day for New York because independent investigators have concluded that Governor Cuomo sexually harassed multiple women and, in doing so, broke the law, James said. I am grateful to all the women who came forward to tell their stories in painstaking detail, enabling investigators to get to the truth. No man no matter how powerful can be allowed to harass women or violate our human rights laws, period.

The investigators found that Cuomo's Executive Chamber was rife with fear and intimidation that not only enabled the above-described instances of harassment to occur, but also created a hostile work environment overall .

Further, Cuomo, himself, and the Executive Chamber engaged in retaliatory behaviour by intend[ing] to discredit and disparage a former employee that came forward with her story of harassment.

The investigation was conducted after, on March 1, 2021, the Executive Chamber made a referral for James to select independent lawyers to investigate allegations of and circumstances surrounding sexual harassment claims made against the governor .

Starting in December 2020, multiple women came forward with allegations that Cuomo sexually harassed them. Over the course of the investigation, the investigators interviewed 179 individuals, including complainants, current and former members of the Executive Chamber, State Troopers, additional state employees, and others who interacted regularly with the governor.

The Attorney General's office said more than 74,000 documents, emails, texts, and pictures were also reviewed as evidence during the investigation.

Backed up by corroborating evidence and credible witnesses, the investigators detail multiple current or former New York state employees or women outside state service who were the targets of harassing conduct on the part of the governor, it said.

As part of the investigation, Cuomo also sat with the interviewers and answered questions under oath.

While the governor denied the most serious allegations, the investigators found that he did so by offering blanket denials or that he had a lack of recollection as to specific incidents .

The investigators also found that the governor's recollection stood in stark contrast to the strength, specificity, and corroboration of the complainants' recollections, as well as the reports of many other individuals who offered observations and experiences of the governor's conduct .

The investigation found that Governor Cuomo's sexual harassment of multiple women and his and the Executive Chamber's retaliation against a former employee for coming forward with her claims of sexual harassment violated multiple state and federal laws.