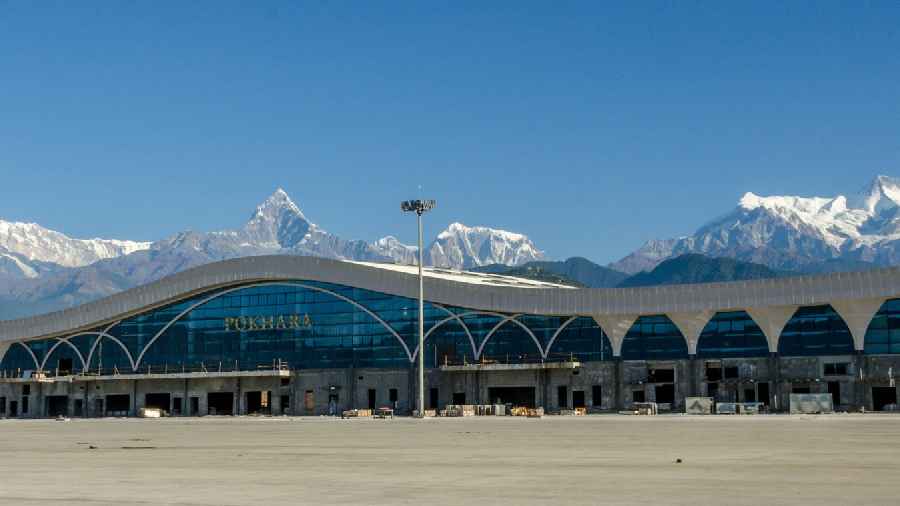 The Pokhara International Airport, which witnessed the fatal crash of a Nepalese passenger plane with 72 people onboard on Sunday, was inaugurated two weeks ago by Nepal’s newly-appointed Prime Minister Pushpa Kamal Dahal ‘Prachanda’ and built with Chinese assistance.

Built in the backdrop of the pristine Annapurna Mountain Range, the airport was officially inaugurated on January 1, 2023.

The flagship project was part of China’s Belt and Road Initiative (BRI) cooperation.

The Nepal government signed a USD 215.96 million soft loan agreement with China in March 2016 for the construction of the airport in this tourist hub, according to Kathmandu Post newspaper.

Speaking at the airport’s inauguration ceremony, Prachanda said aerial connectivity is the most effective means of connectivity for a landlocked country like Nepal.

"With the opening of this airport, Pokhara's relationship with the international region has been established,” he said.

While landing at the Pokhara airport around 11 am on Sunday, the Yeti Airlines aircraft crashed on the bank of the Seti River between the old airport and the new airport.

There were a total of 68 passengers and four crew members.

Five Indians were among the passengers.

At least 32 bodies have been recovered from the wreckage site, The Himalayan Times newspaper reported.

According to the Civil Aviation Authority of Nepal (CAAN), the airplane had received permission to land, MyRepublica newspaper reported.

"The plane would have reached the runway in 10 seconds. However, it met with an accident mid-way,” the airport's air traffic controller told MyRepublica newspaper.

The Nepal government on Sunday formed a five-member commission of inquiry to probe the plane crash.