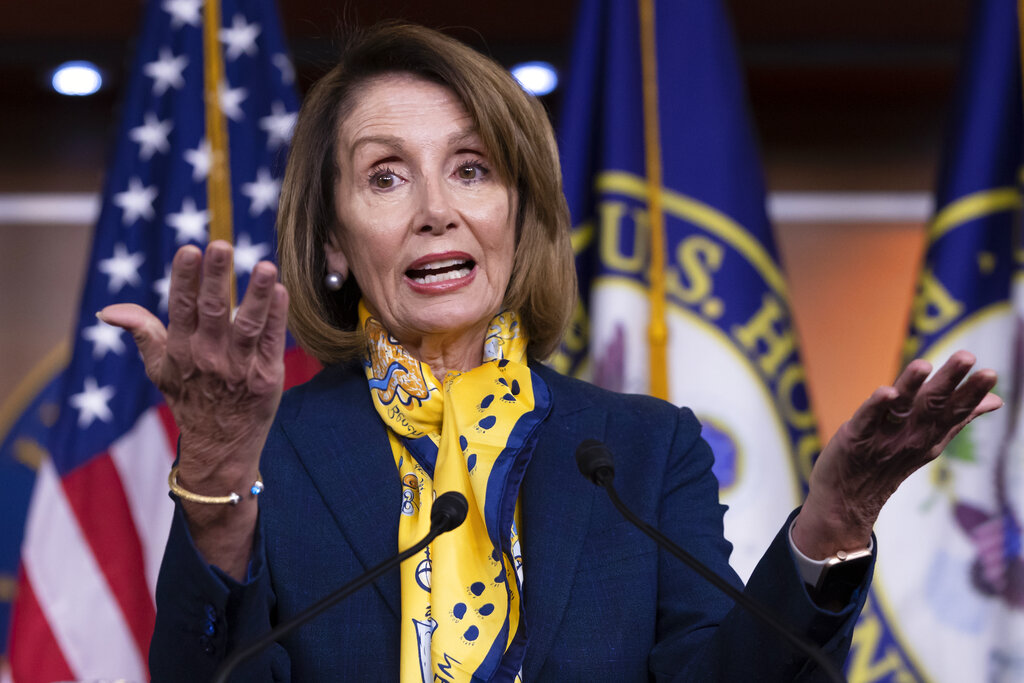 Nancy Pelosi talks to reporters a day after officially postponing President Donald Trump's State of the Union address until the government is fully reopened, at the Capitol in Washington on Thursday.
AP
AP   |   Washington   |   Published 25.01.19, 05:02 AM

House Speaker Nancy Pelosi is rejecting the idea of providing 'some big down payment' for President Donald Trump's border wall as part of a solution to the partial government shutdown.

Pelosi on Thursday spoke after Trump suggested a 'reasonable' installment on such a barrier might be a way to solve the impasse. She suggested the idea was not a serious one.

She told reporters: 'I hope that doesn't mean some big down payment.' She said, 'That is not a reasonable agreement between the senators.'

Asked whether she knows the size of a down payment that Trump might find reasonable, Pelosi replied, 'I don't know if he knows what he's talking about.'