The display aimed at shaming the military took place in various towns and cities, according to pictures posted by media outlets 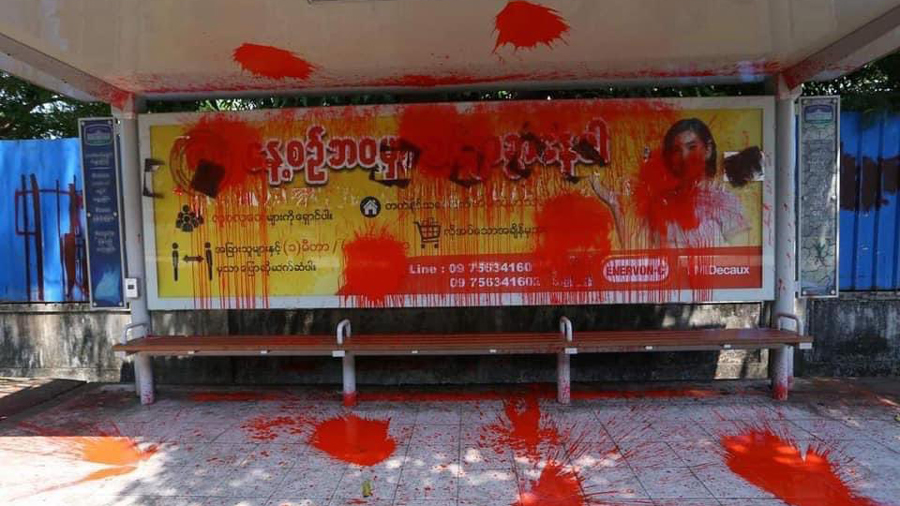 Opponents of Myanmar’s coup splashed red paint and dye on roads and signs outside government offices on Wednesday to represent the blood of people killed protesting against the junta, on the second day of the traditional new year holiday.

The display aimed at shaming the military took place in various towns and cities, according to pictures posted by media outlets, as people answered a call by activists to join what they termed a bloody paint strike.

Some people marched with signs calling for the release of the leader of the ousted government, Nobel laureate Aung San Suu Kyi. She has been detained since the February 1 coup on various charges including violating an official secrets act that could see her imprisoned for 14 years.

Her lawyers have denied the charges against her.

“Please save our leader — future — hope,” read a sign with a picture of Suu Kyi held by a young woman among several thousand people marching in the second city of Mandalay, according to a picture published by the Mizzima news service.

There were no immediate reports of violence at any of the protests on Wednesday, but information has become scarce because of junta curbs on the Internet. The coup has plunged Myanmar into crisis after 10 years of tentative steps towards democracy.Reuters