Two people have tested positive in German capital, surprise outbreak of rare infectious disease has spread from Europe to US and the Middle East 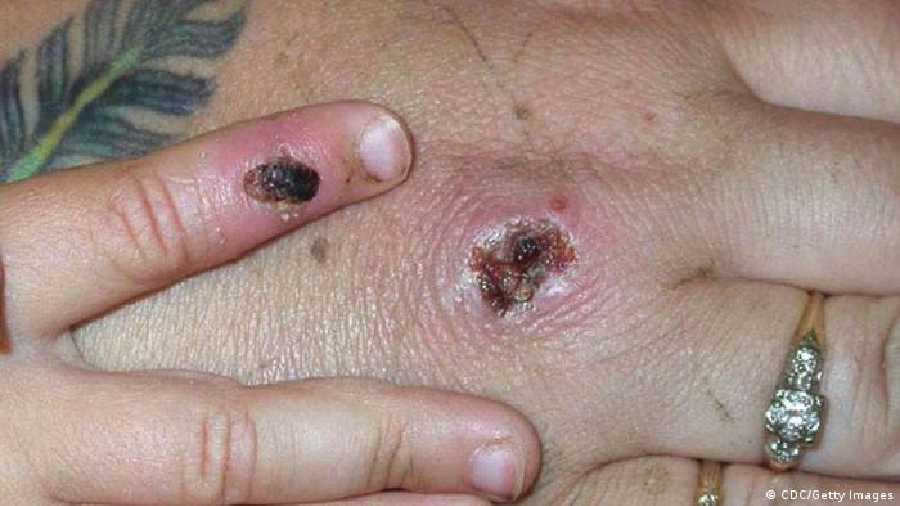 Monkeypox is related to but usually less serious than smallpox, although it can be fatal in some cases
Deutsche Welle
Deutsche Welle   |   Published 22.05.22, 09:58 AM

At least two people have tested positive for monkeypox in Berlin, authorities said on Saturday, warning that more cases would likely emerge over the next few days.

The rare infectious disease, which causes distinctive pustules but is rarely fatal, is endemic to parts of Central and Western Africa.

In recent weeks, more than 100 confirmed or suspected cases have been recorded in Europe, as well as the United States, Canada and Australia.

What do we know about the Berlin cases?

Health officials in Berlin said the two patients were in stable condition. Efforts had begun to trace their contacts.

Public broadcaster RBB said at least one patient was thought to have been infected at a Berlin club.

It is unclear which of the two groups (or "clades") of the virus the two patients have contracted.

So far, all of the cases registered in Europe are of the milder West African group, rather than the more severe Central African one.

Other confirmed, suspected cases in Germany

On Friday, Germany registered its first monkeypox infection in a patient in the southern city of Munich, who had traveled from Portugal via Spain.

Authorities in the western state of North Rhine-Westphalia told the German dpa news agency on Saturday that several other people may have come into contact with the virus, although the cases are yet to be confirmed.

Also on Saturday, Switzerland recorded its first case. The health directorate of the canton of Bern said the patient likely came into contact with the virus abroad.

A spokesman for Tel Aviv's Ichilov hospital told AFP that a 30-year-old man, who recently returned to Israel from Western Europe with symptoms, had tested positive.

Cases have been recorded in Britain, France, Spain and Sweden, among other countries.

The World Health Organization's regional director for Europe Hans Kluge said on Friday that most initial cases of the virus have been among men who have sex with men and sought treatment at sexual health clinics.

He warned that cases could accelerate in the coming months.

Authorities in Spain are investigating whether the Maspalomas Gay Pride Festival on the tourist island of Gran Canaria may have been the source of several infections, El Pais daily reported Saturday.

Citing health sector sources, the newspaper reported that men from Madrid, Italy and the neighboring island of Tenerife who tested positive for the virus are said to have participated in the celebrations.

Tens of thousands of people attended the Pride festival from May 5 to 15.

On Friday, authorities closed a Madrid sauna identified as a possible place of infection.

Spain has so far confirmed 30 cases, with more than 39 suspected, media reported Saturday.

More than 20 cases have been confirmed in neighboring Portugal, according to the Publico newspaper.

The monkeypox virus originates in primates and other wild animals and causes fever, body aches, chills and fatigue in most human patients.

The virus only occasionally causes severe symptoms, which include a chickenpox-like rash and lesions on the face, hands and other parts of the body.

The virus can be transmitted through contact with skin lesions or droplets from a contaminated person, as well as through shared items such as bedding or towels.

Monkeypox usually clears up after two to four weeks, according to the World Health Organization. However, it can be fatal, especially in people with immune disorders.