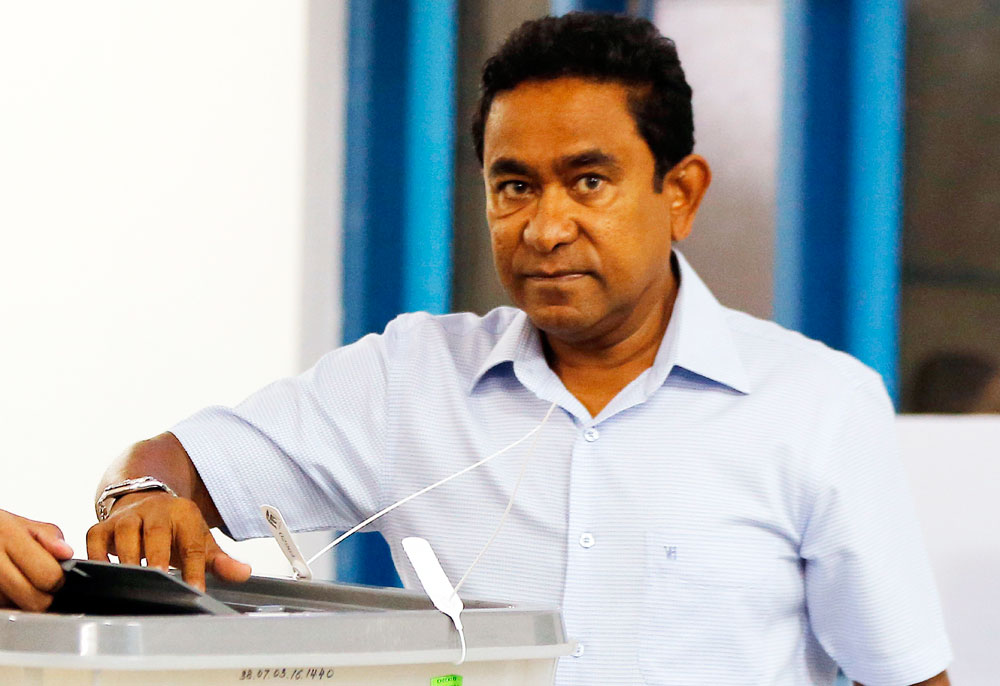 Hundreds of Maldivians protested on Sunday demanding the arrest of defeated President Abdulla Yameen as its top court began to hear a petition challenging the outcome of last month’s election in the island nation.

The tourist archipelago has been in political turmoil since February, when a state of emergency was imposed by Yameen, whose critics have accused him of running Maldives with an iron fist, jailing political opponents and Supreme Court judges.

“This is our right. They can’t change it. They can’t play around with the votes,” Abidha Afeef, a 55-year-old protester, said. “Yameen has to go.”

Yameen initially conceded defeat last month after an official count showed joint Opposition leader Ibrahim Mohamed Solih had won the election by a margin of 16.8 per cent in a surprise result.

Four members of the Election Commission have fled the island nation because of alleged intimidation and threats. Yameen’s party has dismissed the allegations.

The allegations from commission officials follow domestic media reports of a complaint to police by the company that printed the ballots. The complaint alleged Yameen’s party attempted to bribe its workers to give false statements backing his challenge.