Jamal tapes shared with US: Erdogan

Khashoggi disappeared at the Saudi consulate in Istanbul on October 2 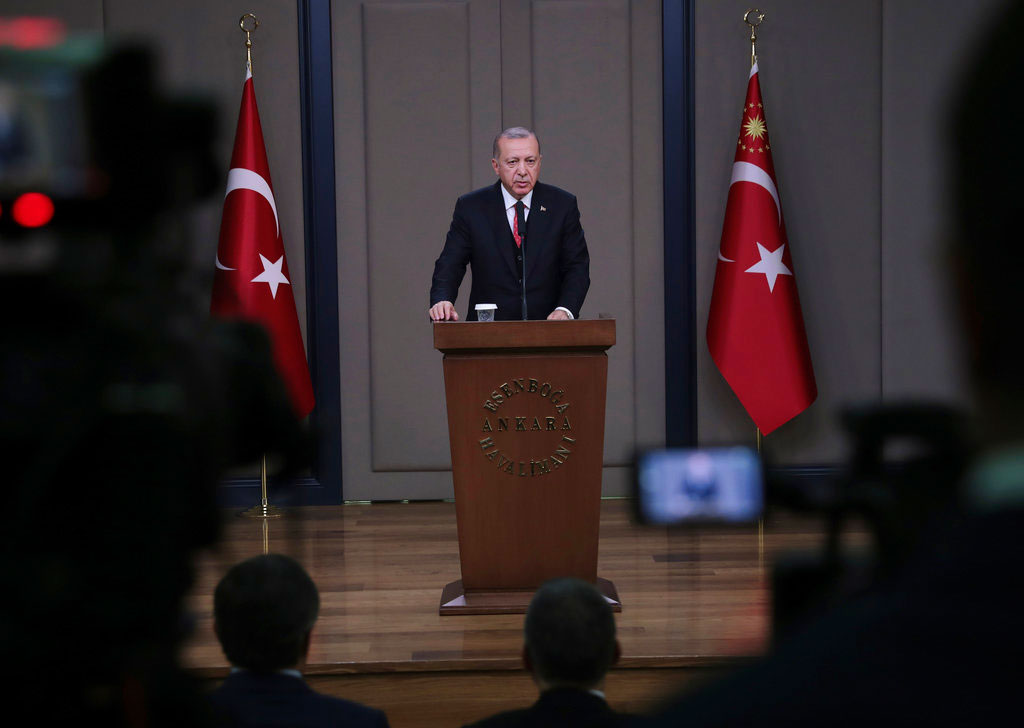 Turkey's President Recep Tayyip Erdogan talks to members of the media at the airport in Ankara, Turkey before departing to France, on Saturday.
AP picture
Reuters   |   Istanbul   |   Published 10.11.18, 07:56 PM

Turkey has given recordings related to the killing of Saudi journalist Jamal Khashoggi to Saudi Arabia, the US, Germany, France and Britain, President Tayyip Erdogan said on Saturday.

Turkish sources have said previously that authorities have an audio recording purportedly documenting the murder. “We gave the tapes. We gave them to Saudi Arabia, to the United States, Germans, French and British, all of them. They have listened to all the conversations in them. They know,” Erdogan said.

Khashoggi, a Washington Post columnist critical of the Saudi government and its de facto ruler Crown Prince Mohammed bin Salman, disappeared at the Saudi consulate in Istanbul on October 2.

Saudi officials said initially that Khashoggi had left the consulate, later saying he died in an unplanned “rogue operation”. The kingdom’s public prosecutor, Saud al-Mojeb, has since said he was killed in a premeditated attack.

Speaking ahead of his departure for France to attend commemorations to mark the 100th anniversary of the end of World War One, Erdogan called on Saudi Arabia to identify the killer from among a 15-man team that arrived in Turkey some days before Khashoggi’s killing.

“There’s no need to distort this issue, they know for certain that the killer, or the killers, is among these 15 people. Saudi Arabia’s government can disclose this by making these 15 people talk,” Erdogan said. Erdogan also accused Mojeb — who visited Istanbul to discuss the investigation with his Turkish counterpart — of refusing to cooperate, in turn delaying the inquiry.