The US has already announced that First Lady Melania Trump will be part of the delegation. 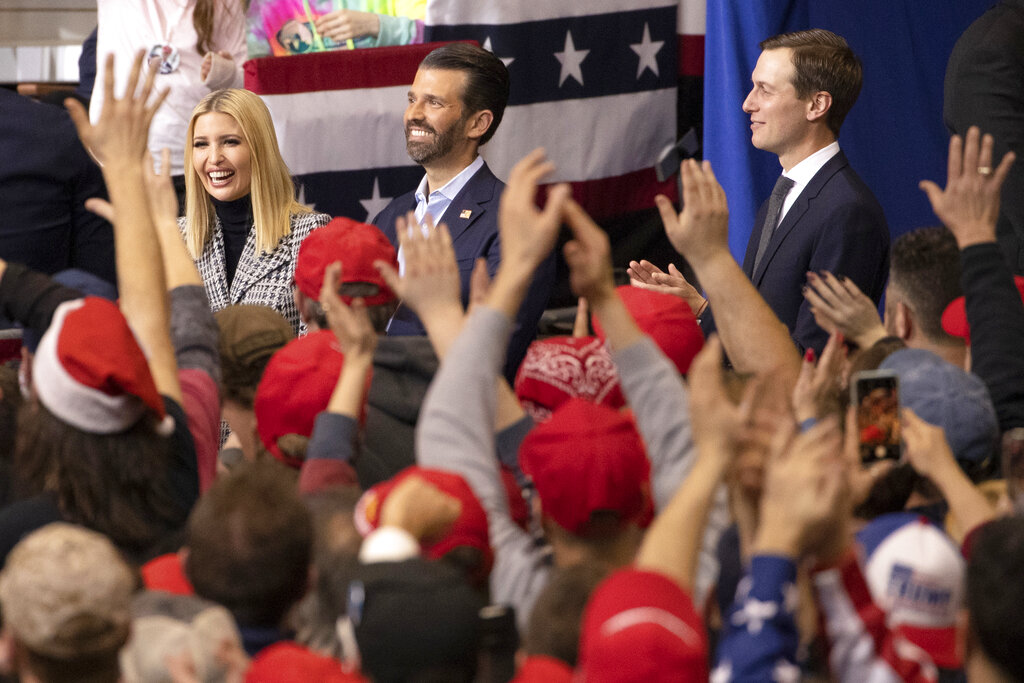 American President Donald Trump's daughter Ivanka, son-in-law Jared Kushner and a galaxy of top US officials will be part of the high-level delegation accompanying him during his visit to India on February 24 and 25, official sources said on Friday.

The US has already announced that First Lady Melania Trump will be part of the delegation.

Trump will arrive in Ahmedabad on February 24 for his less than 36-hour trip to India. From Ahmedabad, he will travel to Agra before visiting the national capital for the main leg of the visit.

The US has confirmed that Ivanka Trump and her husband Jared Kushner, Trump's senior advisor, will be part of the US President's delegation, official sources said.

Ivanka visited India in November 2017 to attend the Global Entrepreneurship Summit in Hyderabad. She attended the summit at the invitation of Prime Minister Narendra Modi.

This will be Trump's first visit to India.

In Ahmedabad, he will address the 'Namaste Trump' event jointly with Modi at the newly built Motera cricket stadium.

After the event, the Trump family will travel to Agra where they will spend about an hour at the Taj Mahal before sunset. They will then leave for Delhi.

On the morning of February 25, Trump and the First Lady will be accorded a ceremonial welcome at the forecourt of the Rashtrapati Bhavan.

From there, they will go to Mahatma Gandhi's memorial Rajghat.

This will be followed by restricted and delegation-level talks between Trump and Modi at Hyderabad House.

Boosting counter-terror cooperation, deepening engagement in the Indo-Pacific region, augmenting defence and trade ties and India's concerns over H1B visas are expected to figure prominently in the talks between Trump and Modi on February 25.

The two countries are looking at signing about five pacts providing for cooperation in the areas of intellectual property rights, trade facilitation and homeland security during the visit, the external affairs ministry said on Thursday.

The two sides are also expected to seal a couple of defence deals, including India procuring 24 MH-60 Romeo helicopters at a cost of USD 2.6 billion and six AH-64E Apache helicopters for USD 800 million from the US.

Though there have been intense negotiations between their trade officials, the two countries couldn't resolve all the sticky issues in the way of finalising a mega trade deal during the visit.

India on Thursday said it does not want to create 'artificial deadlines' for firming up the deal and hoped to reach an understanding with an outcome that strikes the right balance for both sides.

'We do not want to rush into a deal as the issues involved are complicated with many decisions potentially having real impact on people's lives and long-term economic consequences. We do not want to create artificial deadlines,' said External Affairs Ministry Spokesperson Raveesh Kumar.

Donald Trump vows to 'drain the swamp' of lobbyists in Washington