About 3,000 people living near the village of Borgo Virgilio were asked to leave the area as precaution before detonation 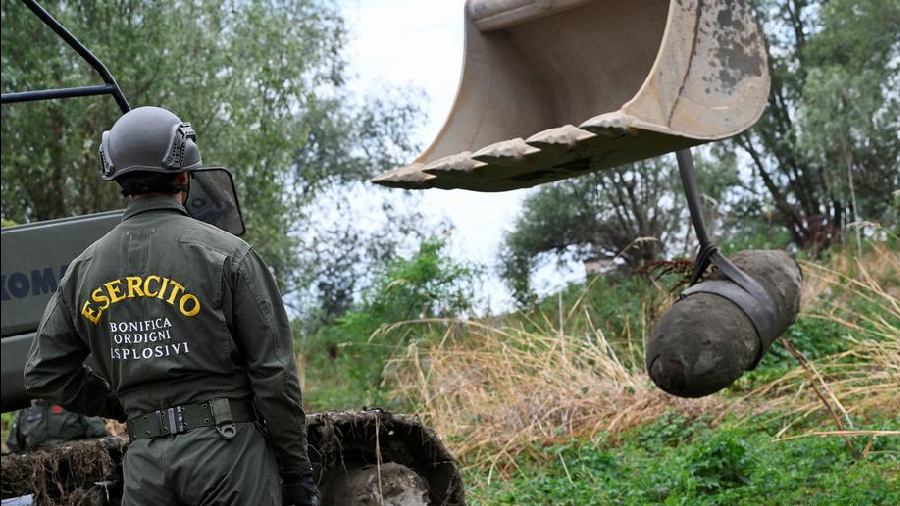 The worst drought in 70 years has caused Italy's Po River to run so low that it revealed a submerged a World War II bomb — which was later safely detonated by military experts.

"The bomb was found by fishermen on the bank of the Po River due to a decrease in water levels caused by drought," said Colonel Marco Nasi.

The bomb was discovered near the village of Borgo Virgilio, close to the city of Mantua in the north, on July 25.

Army specialists defused and carried out a controlled explosion on Sunday of the 450-kilogram (roughly 1,000-pound) US-manufactured device.

The surrounding area, home to about 3,000 people, had to be evacuated as a precaution before the detonation. Local airspace was shut down and all traffic on nearby roads, a railway line and the waterway was stopped.

Borgo Virgilio's mayor, Francesco Aporti, said that initially people were reluctant to move, but the administration managed to persuade everyone. He added that the operation would not have gone ahead unless the area had been cleared.

People began returning to their homes on Sunday afternoon.

Last month, Italy declared a state of emergency for areas surrounding the Po River as the country's longest river suffers amid the worst drought in more than half a century.