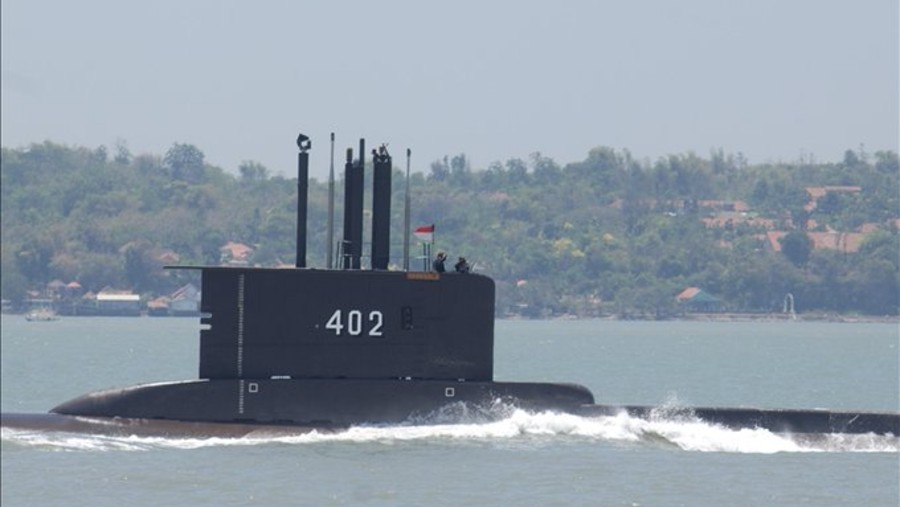 Rescuers have sent more than a dozen search helicopters and ships to the area where contact was lost
File Picture
Reuters   |   Denpasar, Indonesia   |   Published 25.04.21, 02:06 AM

Search teams have recovered debris believed to be from an Indonesian submarine missing for days in the Bali Sea, defence officials said on Saturday, as hopes dwindled for the 53 crew who were expected to have run out of oxygen in the early hours.

Indonesian Navy Chief of Staff Yudo Margono said the exact location of the 44-year-old submarine was unknown but its presence had been detected and the search would continue. The KRI Nanggala-402 lost contact on Wednesday as it prepared to conduct a torpedo drill.

“We are still carrying out the search ... the depth of the sea we have detected is at 850 metres (2,790 feet), which is very tricky and presents many difficulties,” he told reporters, adding that he expected the dive in depth taken by the vessel had led to cracks. “We have found debris floating around the submarine’s last location,” Yudo said.

Rescuers have sent more than a dozen search helicopters and ships to the area where contact was lost, with the US, Australia, Singapore, Malaysia, and India providing assistance. According to Yudo, the submarine had only enough air to last until dawn on Saturday if it had lost power, but that this could be stretched for five days.