Advertisement
Home / World / India largest democracy, but some actions are concerning: US official

India largest democracy, but some actions are concerning: US official 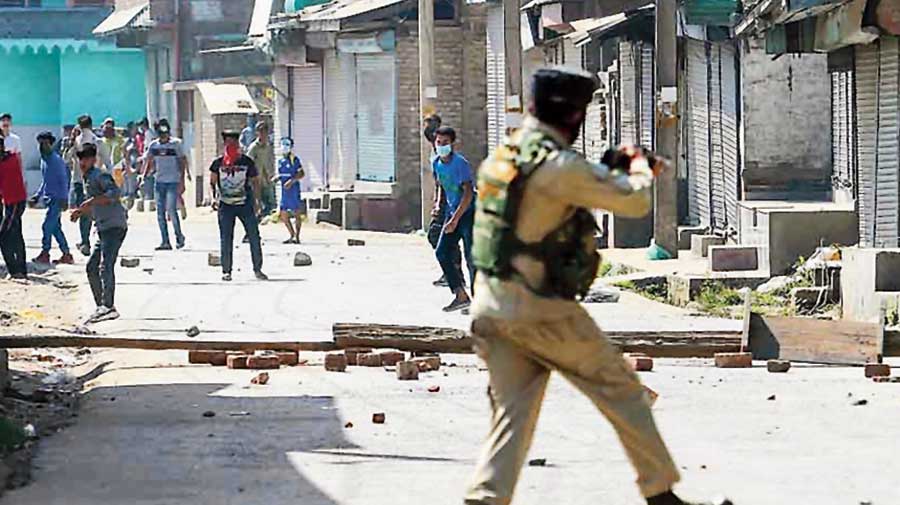 India remains the world's largest democracy with a strong rule of law but some of the Indian government's actions, including restrictions on freedom of expression, have raised concerns that are inconsistent with the country's democratic values, a top US official has told lawmakers.

Acting Assistant Secretary of State for South and Central Asia Dean Thompson's remarks came during a Congressional hearing on Democracy in the Indo-Pacific on Wednesday at the House Foreign Affairs Subcommittee on Asia, the Pacific, Central Asia and Nonproliferation.

“India remains the world's largest democracy with a strong rule of law and independent judiciary and enjoys a strong and growing strategic partnership with the United States," Thompson said.

"However, some of the Indian government's actions have raised concerns that are inconsistent with India's democratic values,'' he said.

“This includes increasing restrictions on freedom of expression and the detention of human rights activists and journalists”, he said.

Thompson said the US regularly engages in and on these issues, including the important work of civil society.

India has previously rejected criticism by foreign governments and human rights groups on allegations that civil liberties have eroded in the country.

The government has asserted that India has well established democratic practices and robust institutions to safeguard the rights of all.

The government has emphasised that the Indian Constitution provides for adequate safeguards under various statutes for ensuring the protection of human rights.

Responding to a question from lawmakers, Thompson said the US has been concerned in Pakistan and Bangladesh about some of the restrictions on journalists that have been there.

“Similarly, at times, that has happened in India; though, I think, India, we can say, has a very vibrant press overall that reports very freely on its government,” he said.

Congresswoman Chrissy Houlahan, who represents a Congressional district from Pennsylvania, raised the issue of Kashmir during the Congressional hearing.

“Although of course, they're two great democracies, democracies including ours and India's are not without their flaws and problems. I do have a pretty big (number of) Kashmiris in my community and there is, of course, concern about the treatment of the Kashmir people,” she said.

“What is the dialogue that is ongoing between the administration and the Indian government on these human rights issues broadly, if you could share a little bit there,” she asked.

Thompson said that the Biden administration routinely raises issues related to a vast array of rights and democratic issues with India.

“Kashmir is one area where we have urged them to return to normalcy as quickly as possible, including we've seen some steps taken: The release of prisoners, the restoration of 4G access, things of that nature. There are other electoral steps we'd like to see them take and that we have encouraged them to do and will continue to do,” Thompson said.

Congressman Steve Chabot said that by many accounts, the US and India, as the world's two largest democracies, are uniquely poised to join forces in promoting democratic values in the Indo-Pacific and beyond.

“We are, right now, through our global comprehensive strategic partnership with India looking at areas where we can work together to strengthen across the region the effects of the ability of countries to push back on malign influence and through the Quad initiative where we brought in Japan and Australia, as well,” Thompson replied.

Initiated in 2007, the Quadrilateral Security Dialogue or Quad is an informal grouping of the US, India, Australia and Japan.

The Quad member countries have resolved to uphold a rules-based international order in the Indo-Pacific amid growing Chinese assertiveness in the region.

“The US has a tremendous opportunity to work together with four like-minded countries, all democracies, that are looking at ways we can help deliver tremendous relief in the wake of COVID-19,” Thompson said.

"They can look at how we set standards and work together on critical technologies and diversifying supply chains. And finally can fight climate change and work on improving the environmental situation across the region,” he said.

Congresswoman Houlahan said the United States and India, the world's two largest democracies, are uniquely placed to join forces in promoting a democratic system and democratic values in the Indo-Pacific region, specifically, and probably beyond.

The United States, Thompson said, has a global comprehensive strategic partnership with India.

The US is looking at ways to both strengthen India's ability to be a positive player and influencer throughout the region, including the Quad.

The Quad relationship is extremely important because of the ASEAN centrality and the vast regional reach that it has for us to be able to bring these kinds of democratic ideals across the board, he said.

“Our ability to leverage each other's assistance programmes and complement one another where relationships may be stronger between us in a country versus India in a country or vice versa, there's a great, leveraging opportunity there,” said the State Department official.

"As is the case around the world, the Chinese government uses a combination of economic levers and soft power to pressure South Asian countries to align with its interests, and smaller countries are especially vulnerable to this pressure," Thomson said.