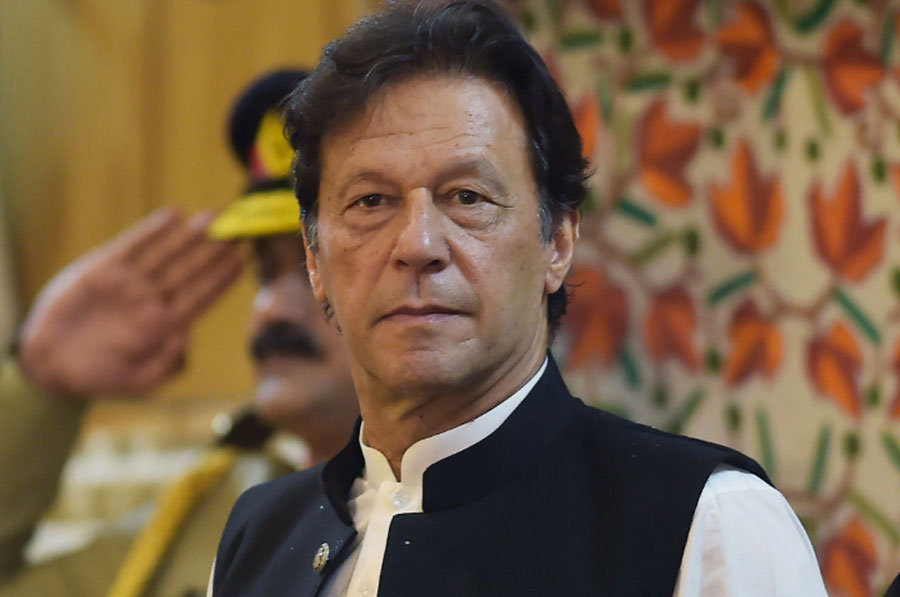 A day after India rubbished Pakistan’s claim that it was behind the terrorist attack in Karachi, Prime Minister Imran Khan on Tuesday raised the issue in the Pakistan parliament.

Four heavily-armed militants on Monday tried to storm the Pakistan Stock Exchange building in Karachi, killing three security guards and a police officer before being shot dead by security forces.

The Majeed Brigade, which is linked to the Balochistan Liberation Army (BLA), claimed responsibility for the attack. The group is banned in Pakistan, the UK and the US.

“What happened in Mumbai, they wanted to do the same. They wanted to spread uncertainty. We have no doubt this was done by India,” Khan said in the National Assembly. But “our security forces averted a big tragedy as the terrorists were carrying heavy arms and ammunition to take people hostage in the Stock Exchange and kill them to create an environment of fear and uncertainty”, he said.

In a strongly-worded response, external affairs ministry spokesperson Anurag Srivastava said unlike Pakistan, India has no hesitation in condemning terrorism anywhere in the world including in Karachi.

The ties between the two nations have become strained after the Balakot strike when Indian Air Force jets bombed a Jaish-e-Mohammed training camp in Pakistan on February 26, 2019, to avenge the killing of 40 CRPF personnel in the Pulwama terror attack on February 14, 2019.

Last week, India asked Pakistan to reduce the strength of its High Commission in New Delhi by 50 per cent within the next seven days and announced a reciprocal reduction in the Indian staff strength in Islamabad.

Khan offered no evidence for his allegation, but he said there had been intelligence reports warning of attacks in Pakistan and he had informed his cabinet about the threat.

The BLA, a separatist insurgent group from the southwestern province of Balochistan, claimed responsibility for the attack in a message on Twitter.

Khan said Pakistan’s intelligence agencies had successfully pre-empted at least four major attacks in the country, two of which targeted Islamabad — but he said it was not possible to stop all such incidents.

Khan termed the failure of the four militants to storm the exchange and take hostages  and the rapid response by security forces, as a “big victory”.

Separatists have been fighting for years in Balochistan, complaining its mineral wealth is unfairly exploited by Pakistan’s richer, more powerful provinces.

The BLA also took responsibility for an attack on the Chinese consulate in Karachi in 2018.

Several projects linked to China’s Belt and Road initiative are in Balochistan.

According to the BLA, the purpose of the attack on the exchange was to simultaneously target the country’s economy and China because of its involvement in Balochistan.