Humorous protests spill out in London 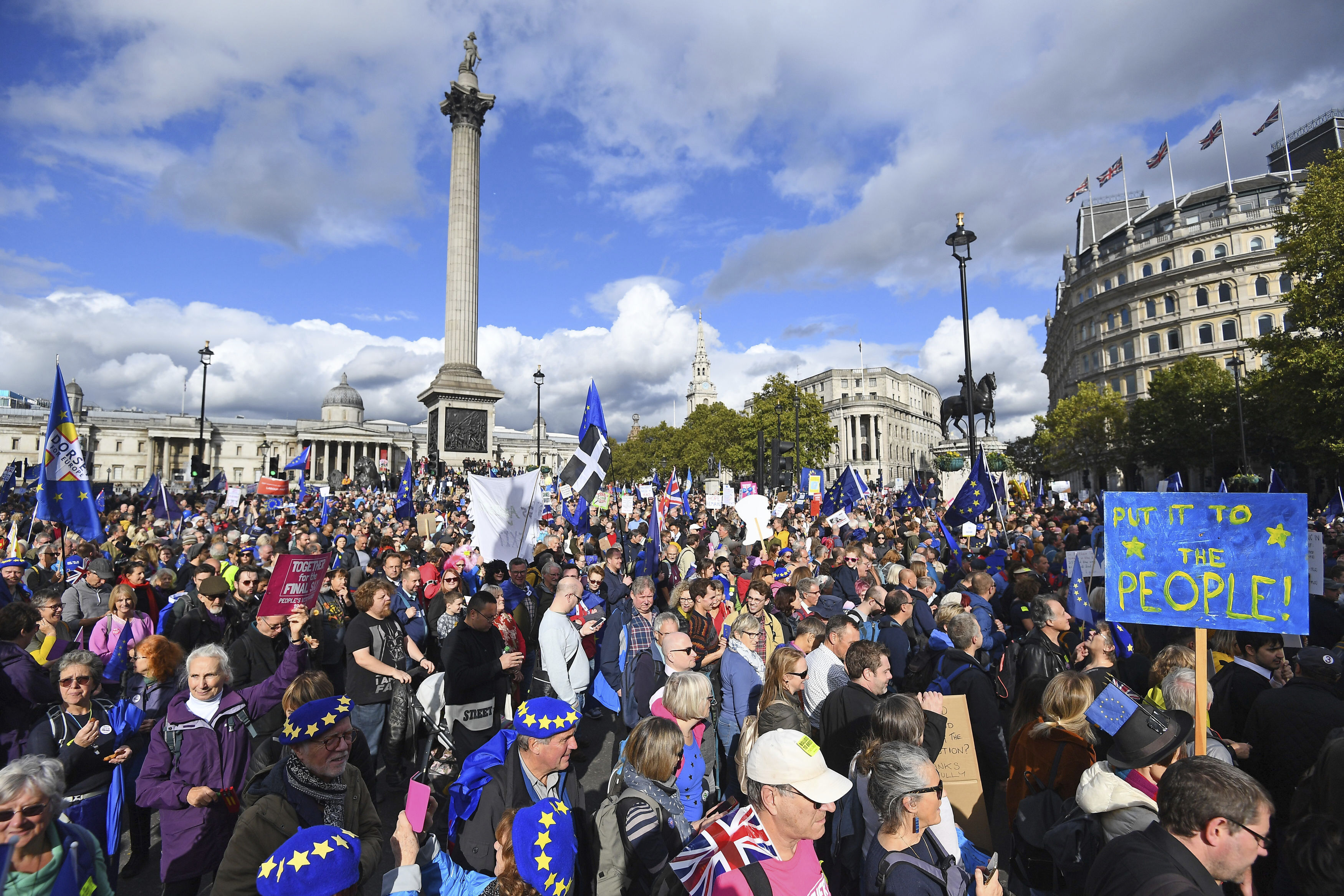 Anti-Brexit protesters used a bizarre array of humour on Saturday to lampoon Britain’s leaders, casting Prime Minister Boris Johnson's chief adviser as a manipulating devil behind an EU divorce they view as the work of a privileged few.

The battle over Brexit spilled onto the streets of London when hundreds of thousands of people gathered to demand a new referendum while lawmakers decided the fate of Britain’s departure from the EU.

Many turned to sometimes risque British humour and their props ranged from exquisitely crafted effigies to battered empty boxes and a baguette.

Dominic Cummings, cast by his enemies variously as the puppet master of Brexit, Britain’s Rasputin or a political vandal, was made into a giant effigy of the devil, complete with horns and brandishing a glove puppet of his boss, Johnson.

“Demonic Cummings” was scrawled across the head of the effigy, pulled by protesters, some with berets sporting the stars of the EU flag.

Another sign read: “I didn’t vote for Dominic Cummings”. Other targets were the privileged financial backers of Brexit. “Brexit is a billionaire con,” read one banner. “Brexit = Disaster Capitalism” read another.

Under the slogan “Eton Mess” one placard showed former Prime Minister David Cameron and Johnson, both of whom studied at Britain’s most privileged school — Eton College. Eton Mess is the name of a British dessert made of smashed meringue, strawberries and whipped cream.

Cameron and Johnson were cast as “Horror and Lardy” in the pose of historic comedians Laurel and Hardy, complete with bowler hats. In 2016, 17.4 million voters, or 52%, backed Brexit while 16.1 million, or 48 per cent backed staying in the EU.