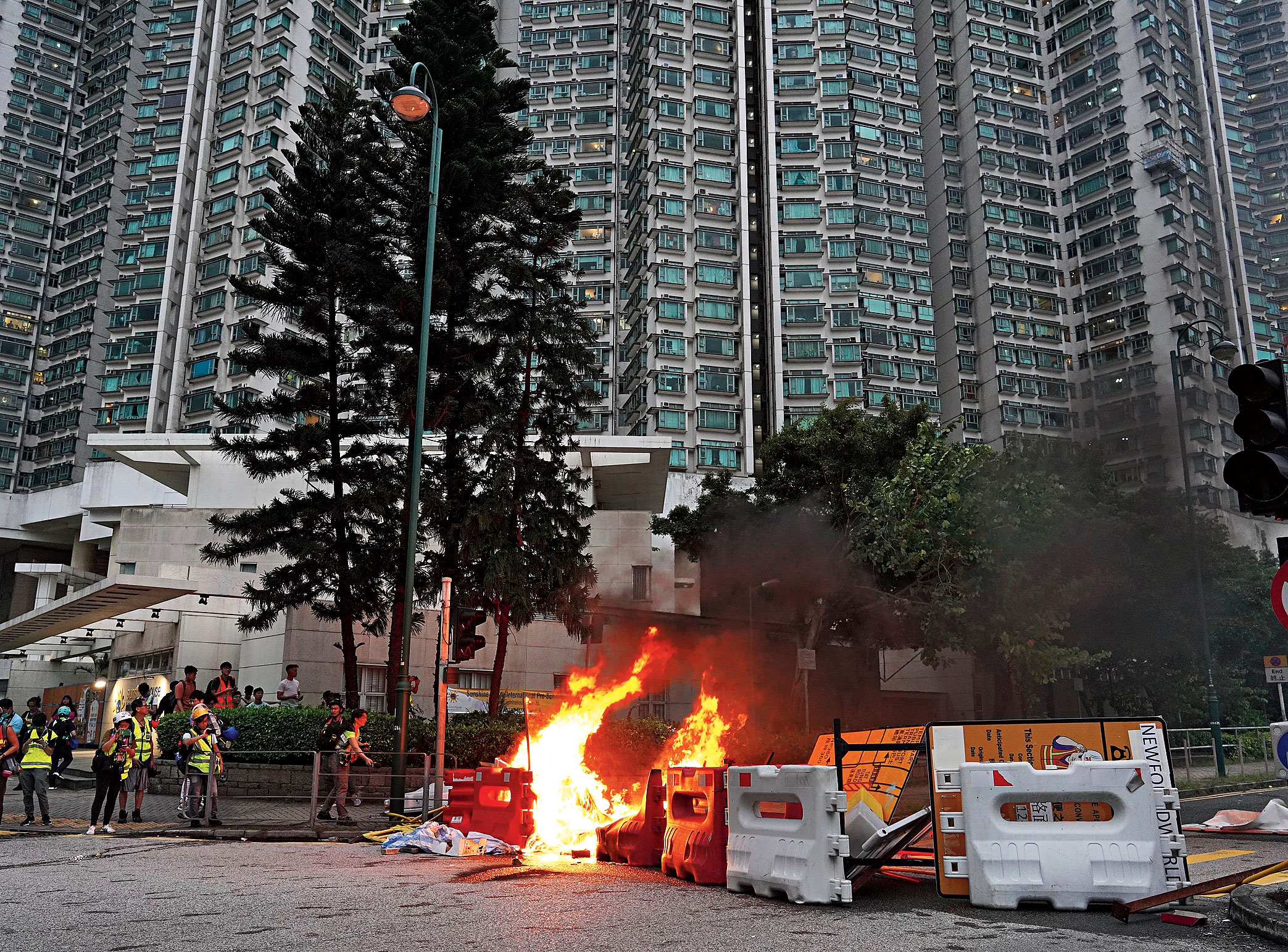 Thousands of protesters blocked roads and public transport links to Hong Kong airport on Sunday in a bid to draw world attention to their fight for democracy for the Chinese-ruled city that is facing its biggest political crisis in decades.

Planes were taking off and landing, with delays, but trains were suspended and approach roads to the airport impassable as protesters erected barricades and overturned trolleys at the airport and in the nearby new town of Tung Chung.

Some passengers were forced to walk the last bit of their journey to the airport by foot, dragging luggage behind them.

The MTR subway station in Tung Chung was closed and demonstrators smashed CCTV cameras and lamps with metal poles and dismantled station turnstiles. Police moved in and made several arrests.

Chek Lap Kok, built around a tiny outlying island in the dying days of British colonial rule, is one of the world’s busiest and most efficient airports, reached by a series of bridges that were packed with traffic.

“If we disrupt the airport, more foreigners will read the news about Hong Kong,” said one 20-year-old protester, asking not to be named.

Black-clad demonstrators targeted the airport three weeks ago, jamming the terminal in sometimes violent clashes with the police and prompting some flights to be cancelled or delayed.

The police said on Sunday that protesters hurled iron poles, bricks and rocks on to the railway track near the airport station. By early evening protesters at the airport had left, but protesters in Tung Chung remained.

“We have no idea how to leave. We’re stuck,” a masked protester said, as others looked for buses and ferries to get back home.

China is eager to quell the unrest before the 70th anniversary of the founding of the People’s Republic of China on October 1. It has accused foreign powers, particularly the US and Britain, of fomenting the unrest.

Parts of the Metro system ground to a halt as skirmishes spread to the subway on Saturday, with television showing images of people being beaten as they cowered on the floor behind umbrellas. The police said they arrested 63 people aged between 13 and 36.