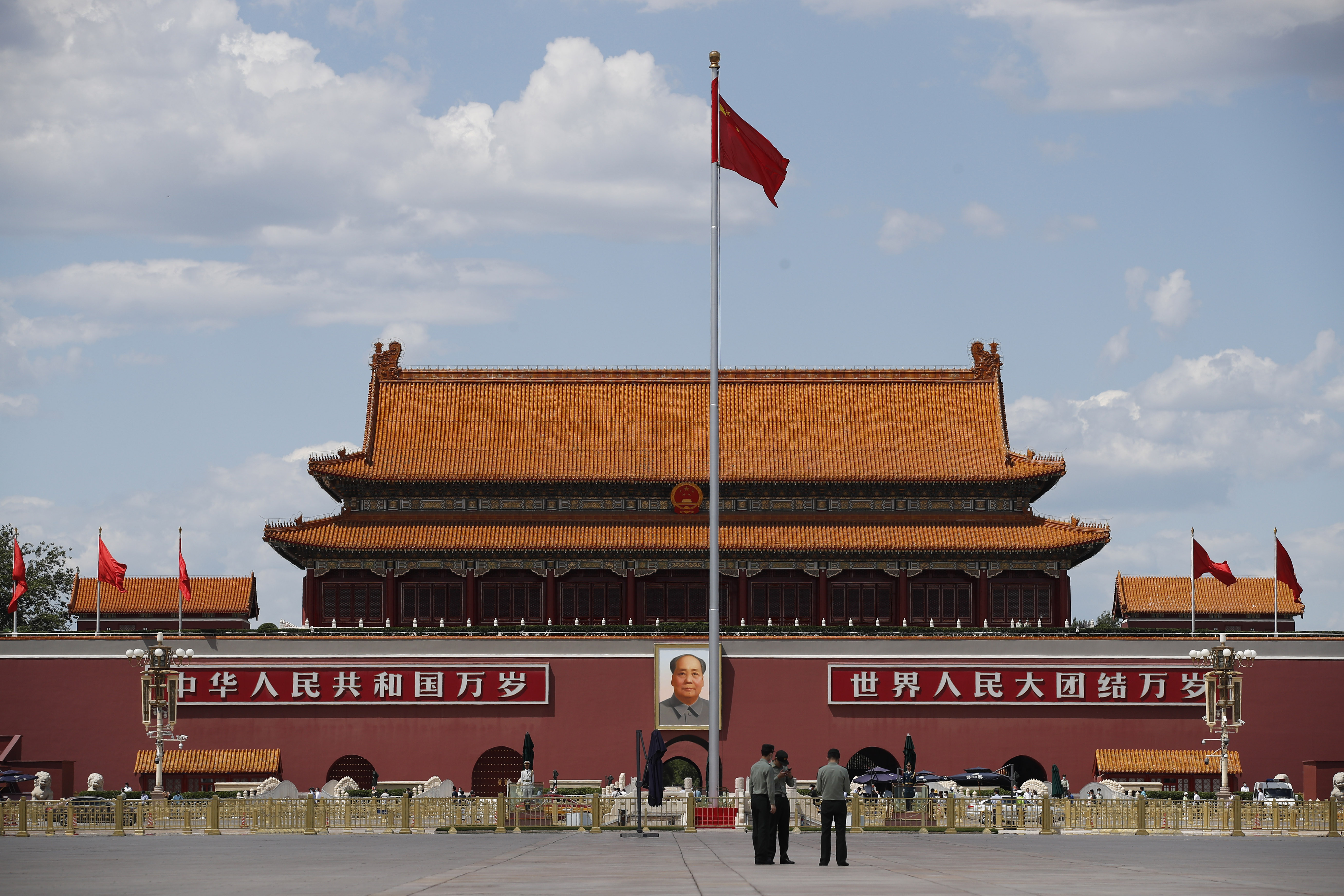 Hong Kong police rejected an application on Monday for an annual candlelight vigil marking the anniversary this week of the 1989 Tiananmen Square crackdown, as residents rushed to apply for passports that could allow them to move to the UK.

Throngs of people lined up at DHL courier outlets across the city, many to send documents to the UK to apply for or renew what is known as a British National (Overseas) passport.

“My BNO passport expired in 2004, but at the time I didn’t renew it because I trusted China,” said 40-year-old Peter Chan, who works in asset management and waited in line for more than two hours.

Chan said he was worried about political and security issues in Hong Kong stemming from an upcoming national security law as well as a push by the semi-autonomous territory's legislature to enact a bill that would make it illegal to insult the Chinese national anthem.

Even though there is rising anti-immigrant and anti-Asian sentiment in the UK, “it’s still better than Hong Kong”, he said.

“In Hong Kong, you never know what will happen tomorrow,” Chan said.

It would be the first time in 30 years that the candlelight vigil, which draws a huge crowd to an outdoor space, is not held in Hong Kong.

The vigil marks the deadly military crackdown on pro-democracy protesters in Beijing’s Tiananmen Square on June 4, 1989.

The police, in a letter to organisers, said it would violate coronavirus social distancing rules that ban gatherings of more than eight people.

Organiser Lee Cheuk-yan, chair of the Hong Kong Alliance in Support of Patriotic Democratic Movements of China, expressed disappointment and urged people to light candles individually and observe a moment of silence.

Amnesty International said authorities should facilitate a socially distanced vigil rather than ban it.

“Covid-19 must not be used as an excuse to stifle freedom of expression,” said Joshua Rosenzweig, the group’s deputy director for East and southeast Asia. “With this ban, and a disastrous national security law looming, it is not clear if Hong Kong’s Tiananmen vigil will ever be allowed to take place again.”

Hong Kong has reported five local infections of the coronavirus in the last two days, breaking a nearly two-week streak of no new cases outside of those brought in from abroad.

The rush to apply for passports came after Britain said last week that it might allow holders of the document to stay in the country for a year or more.

The proposal came after China’s legislature decided it would enact a national security law for Hong Kong.

The move is aimed at clamping down on a pro-democracy movement that has at times resulted in violent clashes between protesters and the police.

Critics say the law erodes the “one country, two systems” framework that promised Hong Kong freedoms not found in mainland China for 50 years.

Protesters demonstrated against the security law during lunchtime on Monday at a luxury shopping mall in the Central business district, shouting pro-democracy slogans.

The BNO passport, which was issued to Hong Kongers when it was a British colony, allows them to visit the country for an extended period but falls short of offering them citizenship rights.

Currently, BNO passport holders can remain in the UK as visitors for six months without a visa. But Britain’s plan to allow them to stay in the UK for a longer period could include options that offer a path to citizenship, according to British home secretary Priti Patel.

As of February, nearly 350,000 Hong Kong residents held BNO passports, although the UK government estimated that there are 2.9 million people in the city of 7.5 million who are eligible for the passport.