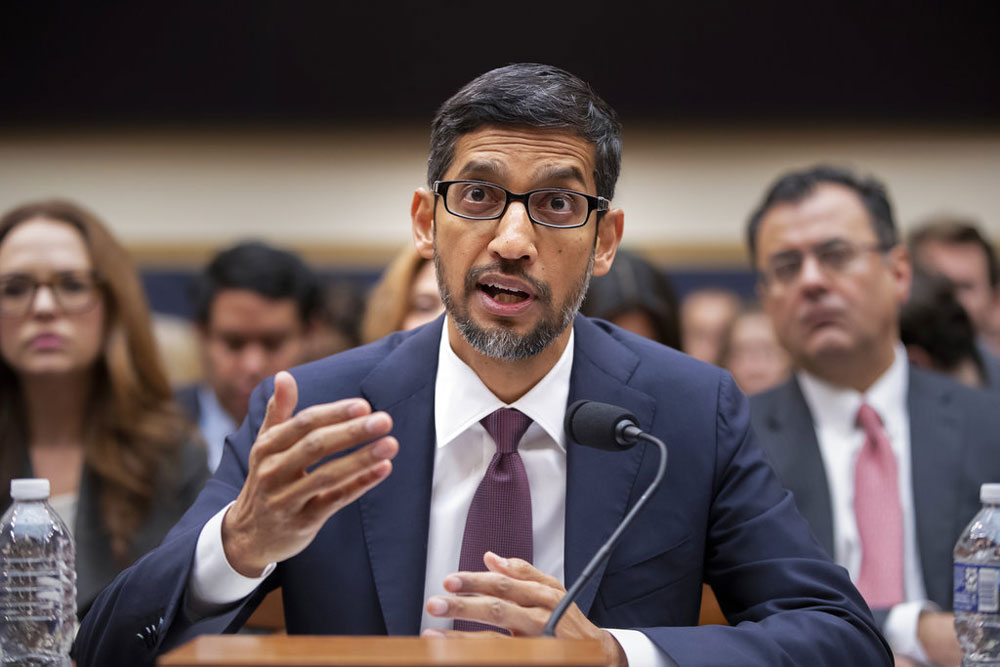 Google chief executive Sundar Pichai told a US congressional panel on Tuesday that the Alphabet Inc unit currently has “no plans” to launch a search engine in China but did not rule out a future launch.

Pichai, who testified before the House of Representatives Judiciary Committee, had told US lawmakers in a letter in August that providing such a search engine would give “broad benefits” to China but that it was unclear whether Google could launch the service there.

Pichai told the committee he would be “fully transparent” with policymakers if the company brings search products to China.

“Right now, there are no plans to launch search in China,” Pichai testified. “Getting access to information is an important human right, so we always are compelled across the world to try hard to provide that information.”

Lawmakers and hundreds of Google employees have raised concerns that Google would comply with China’s internet censorship and surveillance policies if it re-enters the Chinese search engine market. Google’s main search platform has been blocked in China since 2010, but it has been attempting to make new inroads into the world’s largest smartphone market by users.

A Chinese government official speaking on the condition of anonymity told Reuters last month that it was unlikely Google would get clearance to launch a search service in 2019.

Pichai did not say what steps Google would take to comply with Chinese laws if it re-enters the market. “We would look at what the conditions are to operate,” Pichai said.

Much of the House hearing focused on Republican concerns that Google’s search results are biased against conservatives and that the company sought to influence the outcome of the 2016 presidential election. Democrats rejected that claim as “fantasy”, and at least one said the search results highlighted more conservative voices.

Pichai said the search engine attempts to help people register to vote or find a polling place, but rejected assertions that the company paid for Latino voters’ transportation to polls in some states. “We don’t engage in partisan activities,” Pichai told the panel.