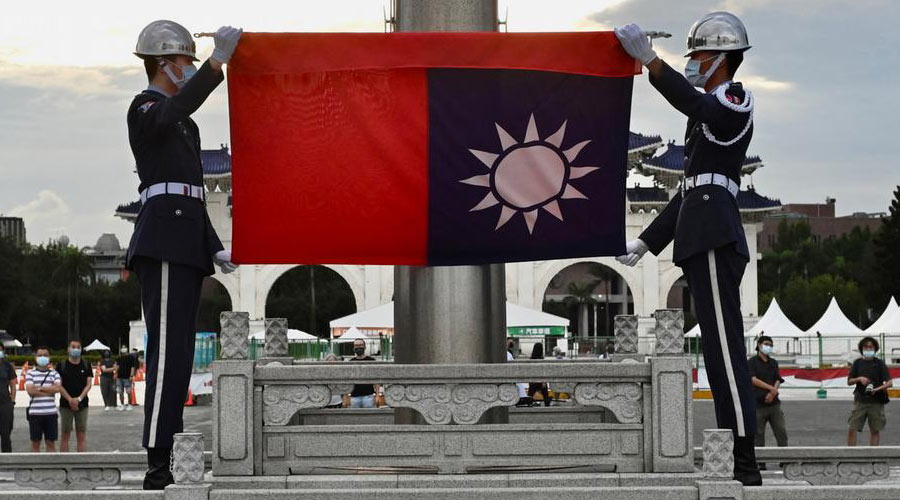 The visit by French parliamentarians comes weeks after US House of Representatives Speaker Nancy Pelosi came to Taipei despite repeated warnings by China.

A delegation of five French lawmakers arrived in Taipei on Wednesday.

It marks the first such visit by a high-level European delegation since US House Speaker Nancy Pelosi's trip to Taiwan last month.

What is the French delegation doing in Taiwan?

The French cross-party delegation is being led by Senator Cyril Pellevat, the vice president of the French upper chamber's European Affairs Committee.

The lawmakers are scheduled to meet with Taiwan’s Vice President Lai Ching-te, and Legislative Speaker You Si-kun, amongst other high-ranking officials to discuss a range of issues, including regional security, technological innovation, and reinforcing industrial supply chains.

It is the fourth visit by French lawmakers to Taiwan in the past 12 months.

The parliamentarians will stay in Taiwan till Monday.

High-level US visits to Taiwan

Another US delegation led by Representative Stephanie Murphy, a Florida Democrat, is expected to arrive in Taiwan on Wednesday, staying until Friday.

This would be the latest in a series of visits by high-level US officials, including lawmakers and governors of states, that followed Pelosi’s August trip to Taiwan.

Pelosi was the highest ranking US official to visit Taiwan, and her trip immediately escalated tensions with China. Soon after the trip, Beijing said it would "impose sanctions on Pelosi and her immediate family."

Rising tensions in the region

China claims Taiwan as its own territory and launched massive military drills after Pelosi’s visit. It has warned of military aggression if provoked by the United States. While Washington has no formal ties with Taiwan, it is bound by law to provide it with the means to defend itself.

Taiwan President Tsai Ing-wen on Tuesday said the situation continued to be tense as the incursion of Chinese military jets continued. Taipei also warned against Chinese disinformation campaigns, drones and other grey-zone tactics.

Taiwan, which has had a democratically elected government since 1949, says China never governed the island and has no right to claim it. According to Taipei, Taiwan's future can only be decided by its 23 million people.