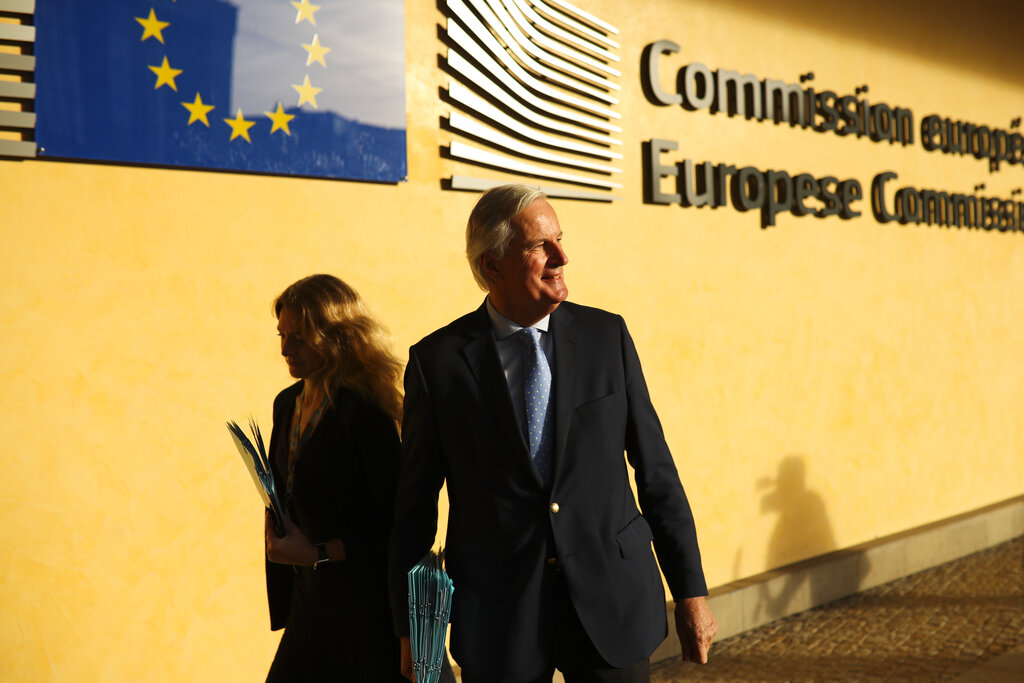 European Union ambassadors have agreed on the principle of granting Britain's request for another extension to the Brexit deadline but have yet to decide on the length of the new delay.

Speaking on Friday after EU ambassadors met with the EU Brexit chief negotiator Michel Barnier, European Commission spokeswoman Mina Andreeva said ambassadors 'have agreed to the principle of an extension' and their work will 'continue in the coming days.'

Britain is scheduled to leave the 28-nation bloc on October 31 but has asked for a three-month extension to the deadline.

A European diplomat, speaking anonymously because discussions are ongoing, said EU ambassadors will meet again on Monday to discuss the length of the Brexit extension.

Britain's main Opposition party had earlier said it will block plans for an early election unless Prime Minister Boris Johnson eliminates the possibility of leaving the European Union without an agreement.

Johnson on Thursday said he would give Parliament additional time to debate his EU withdrawal agreement if lawmakers approve a December 12 general election.

Diane Abbott, the Labour Party's spokeswoman on domestic affairs, said her party won't vote for an election until the government guarantees there won't be a no-deal Brexit, because Labour doesn't trust Johnson.