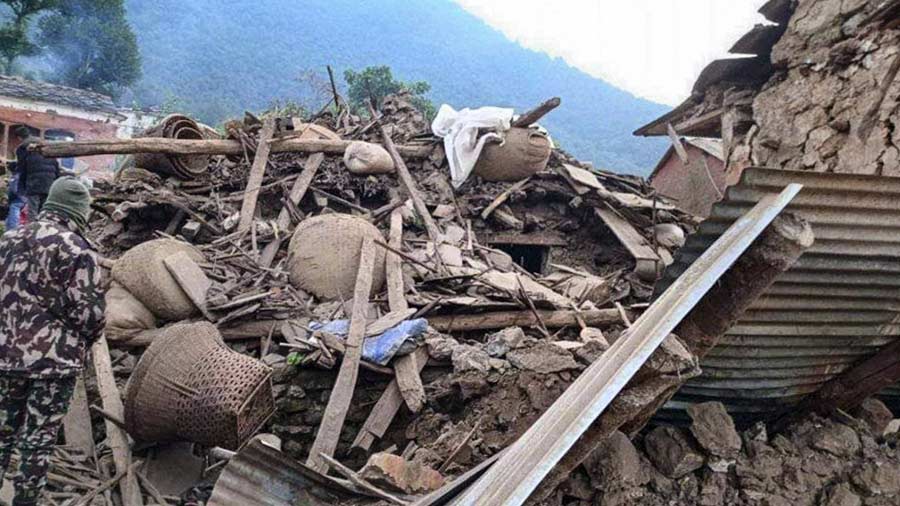 An earthquake of magnitude 5.9 shook northwest Turkey and was felt in Istanbul early on Wednesday, injuring 50 people and damaging some buildings in the province of Duzce, a government disaster agency and state media said.

There were no reports of deaths or major destruction in the tremor, which struck at 04:08 am (0108 GMT) with its epicenter in Golyaka, a district in Duzce about 200 km east of Istanbul.

"We almost completed our checks in the villages around Golyaka. There is no severe damage reported; only some barns were wrecked in these places,” Interior Minister Suleyman Soylu said on broadcaster TRT Haber.

"There was a power cut during the quake but authorities are reinstating power now,” he said.

The Duzce court house was among some eight buildings in the area that were damaged, said state-owned Anadolu news agency.

Turkey's Disaster and Emergency Management Authority (AFAD) said it sent thousands of blankets and tents to the area of the quake, which injured 37 people in Duzce.

People were also hurt in Zonguldak, Bursa and Istanbul.

Earlier the European-Mediterranean Seismological Centre (EMSC) said the earthquake had a magnitude of 6.0 and was at a depth of 2 km (1.2 miles).

Turkey is crossed by fault lines and is prone to earthquakes. In 1999, two powerful quakes killed 18,000 people in northwestern Turkey. In 2020, more than 100 people were killed in a quake in the western city of Izmir.