After the fall of the Berlin Wall, the building that housed the popular Minsk restaurant fell into disrepair, decades later, it is now an art museum and a cafe 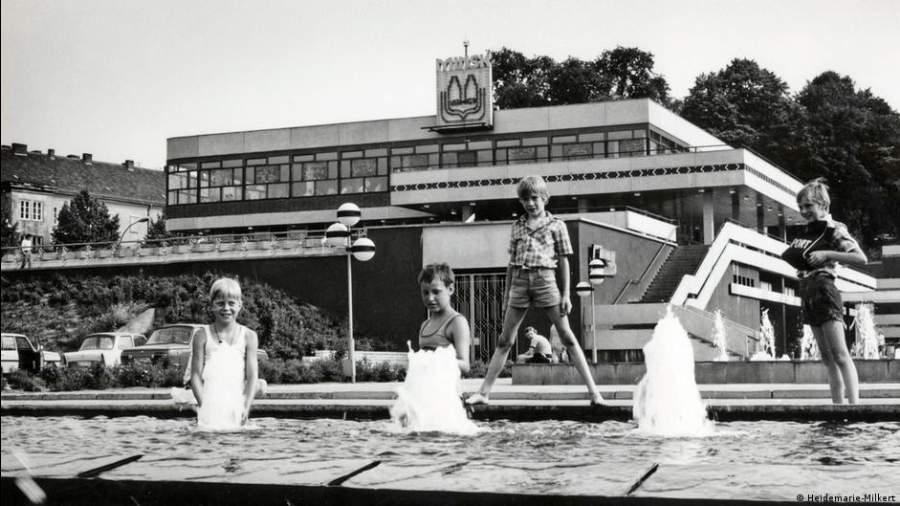 Hasso Plattner isn't the only one who is pleased about the revival of the Minsk, a modernist-style terrace restaurant built in the 1970s during the East German era, which was a popular meeting place and event venue in the city of Potsdam.

After the fall of the Berlin Wall in 1989, the building stood on the brink of disrepair.

Three years ago, Plattner who is the German co-founder of the SAP software firm and patron of the arts, bought the site from the city and had the building renovated and converted into a museum for East German art. This weekend, Das Minsk (which translates to The Minsk) art house will open to the public.

It is the Hasso Plattner Foundation's second musem after the Museum Barberini, which Plattner had reconstructed after a Baroque palace of the same name also in Potsdam. Since 2017, art fans have flocked to the Barberini to see Plattner's Impressionist collection. Das Minsk with its collection of East German art could become just as popular. But there is more to see.

Das Minsk kicks off with a juxtaposition of modern and contemporary art. Two exhibitions — "Wolfgang Mattheuer: The neighbor who wants to fly" and "Stan Douglas: Potsdam Allotment Gardens" — illuminate the subject of landscape from different angles. The aim, says director Paola Malavassi, is to place East German art in an international context.

The exhibitions showcase 31 paintings — about half of which come from the Plattner Collection — by Mattheuer (1927-2004), a painter, graphic artist and sculptor from the eastern German state of Saxony, and works by Stan Douglas, a Canadian visual artist who captured moments of transition in allotment gardens in Potsdam in 1994 and 1995. For his 1995 film "The Sandman," he reconstructed the gardens before and after the fall of the Berlin Wall in the Babelsberg studios.

Parts of the reconstructed building are reminiscent of the old Minsk restaurant, including a wide spiral staircase. A cafe with large panoramic windows on the top floor invites visitors to linger, perhaps before or after viewing the exhibitions that are showcased in two large spaces and a small cabinet more suitable for direct comparisons of artworks.

Once a restaurant with Belarusian specialities

However, the filigree glass mosaic panel that once adorned the outside of the building constructed by architect Karl-Heinz Birkholz is gone. The mosaic resembled Belarusian folk embroidery, a reporter recalls in an article in the local daily, Berliner Zeitung. After all the Minsk was one of the typical "nationality" restaurants that dotted every GDR district town in the 1970s. One in Leipzig was named "Kyiv," Berlin had one called "Moscow" and Rostock boasted an eatery called "Riga." Potsdam had a twin city partnership with Minsk, the capital of the Belarusian Soviet Republic, which in turn had a restaurant called "Potsdam." The menus featured typical dishes from the respective partner countries.

The Berliner Zeitung states that an artists' collective created the interior of the Minsk restaurant in Potsdam back then. Building materials were brought in from Belarus, including flamed marble for the entrance area and copper lamps and carvings from valuable Belarusian bog oak for the restaurant. Today, it boasts a contemporary interior.

Yet despite all the changes, the Hasso Plattner Foundation decided to retain its name. Restaurant Minsk has become "Das Minsk Kunsthaus in Potsdam." And just like in its early years, the venue will host concerts, readings and performances in addition to exhibitions.