Concern over attack on Australian cameraman 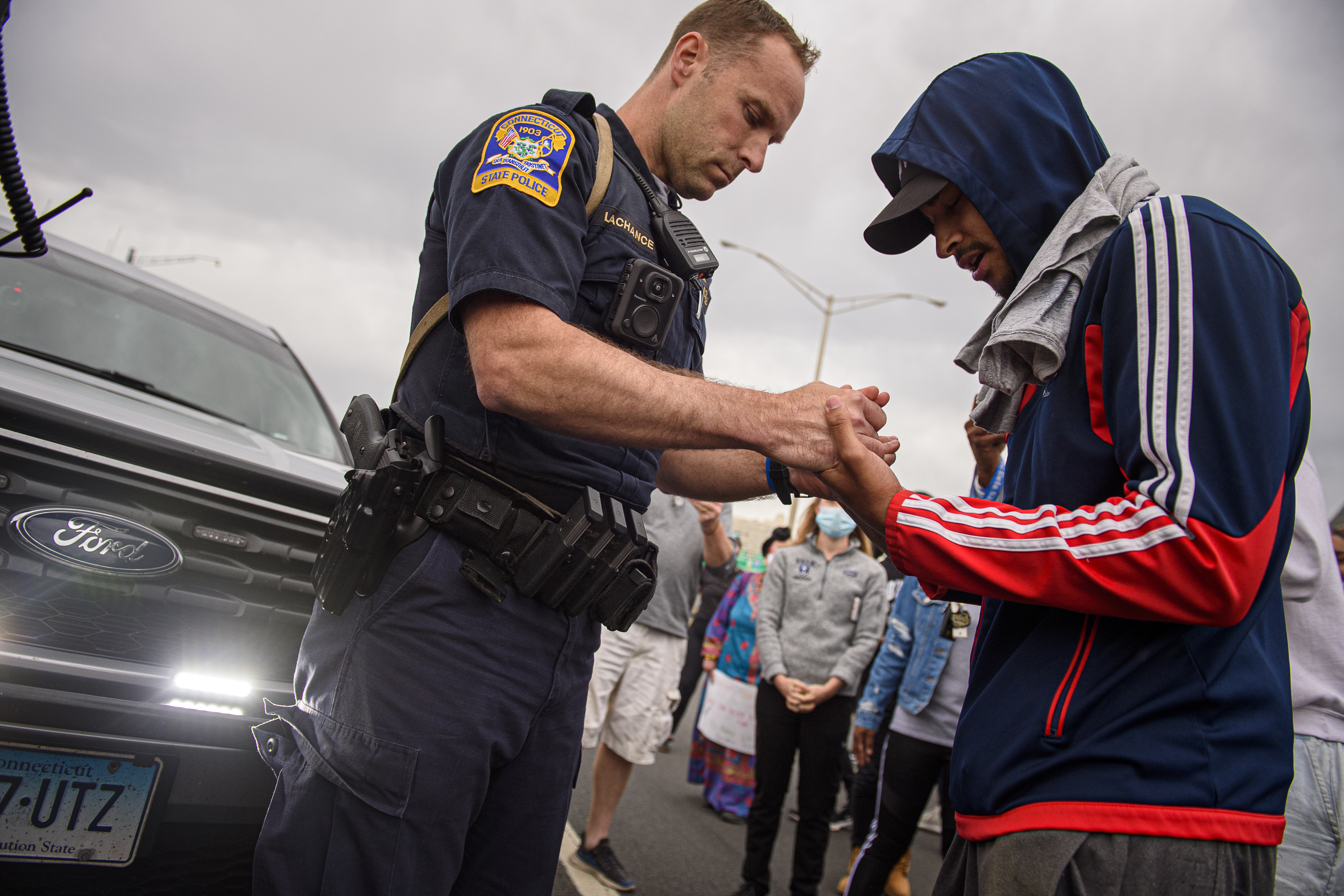 A Connecticut State Trooper prays with Nathaniel Swift, right, in the middle of Interstate 84 after it was closed down by hundreds protesting the death of George Floyd
(AP photo)
Reuters   |   Sydney   |   Published 02.06.20, 09:25 PM

Australia has asked its embassy in the US to register its concerns with authorities there about an apparent police assault on an Australian cameraman during a protest in Washington, its foreign minister said on Tuesday.

Earlier on Tuesday, thousands of Australians marched in Sydney to protest against the death of black American George Floyd in US police custody, after days of demonstrations and clashes in the US sparked by the killing.

The Sydney protest came as Australian police face questions about use of force during the arrest of a teenager of aboriginal descent.

Foreign minister Marise Payne said the Australian government would support Channel Seven, where the cameraman worked, should it wish to lodge its concerns over the incident in Washington.

“I want to get further advice on how we would go about registering Australia's strong concerns with the responsible local authorities in Washington,” Payne told the Australian Broadcasting Corporation.

“So our embassy in the US will approach the relevant authorities.”