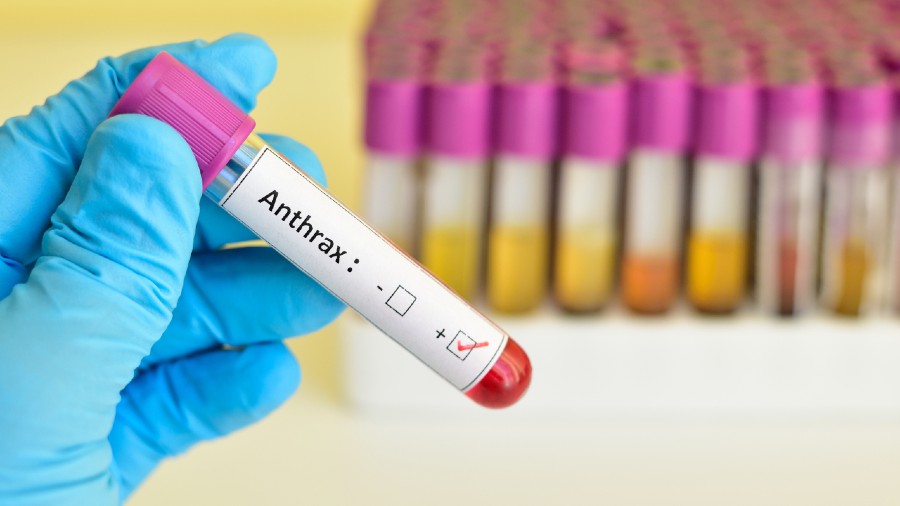 China on Monday reported an anthrax pneumonia patient from northern Hebei Province's Chengde city, who had contact history with cattle, sheep and products that come from these animals.

The patient was transported to Beijing by an ambulance four days ago after showing symptoms and the person was later quarantined and put under treatment, state-run Global Times reported, quoting the Beijing Centre for Disease Control and Prevention (Beijing CDC).

Anthrax is prevalent among cattle and sheep. Human beings usually get infected after coming in contact with sick animals or contaminated products. The most common way of infection -- 95 per cent of reported cases -- are caused by skin contact which lead to blisters and skin necrosis, the Beijing CDC said.

The most dangerous infection is anthrax pneumonia, which happens when a patient inhales dust containing bacillus anthracis and gets infected.

People can get intestinal anthrax after eating contaminated food, usually meat, and will develop symptoms such as nausea, vomiting and diarrhoea.

Anthrax can be transmitted directly between human beings but it is not as infectious as flu or COVID-19.

Bacillus anthracis is a bacterium and multiple antibiotics are effective for treatment, the report said.

Since Sunday, Beijing has stepped up measures to prevent the spread of coronavirus cases by virtually banning people from travelling to the Chinese capital from provinces with COVID-19 cases in the country.

Beijing has rolled out a range of measures to strengthen the management of people returning from regions with relatively high virus transmission rates, including imposing restrictions on their purchase of railway tickets and air services.

So far, the coronavirus has claimed 4,848 lives, along with 105,904 confirmed infections, in China, according to Johns Hopkins University.