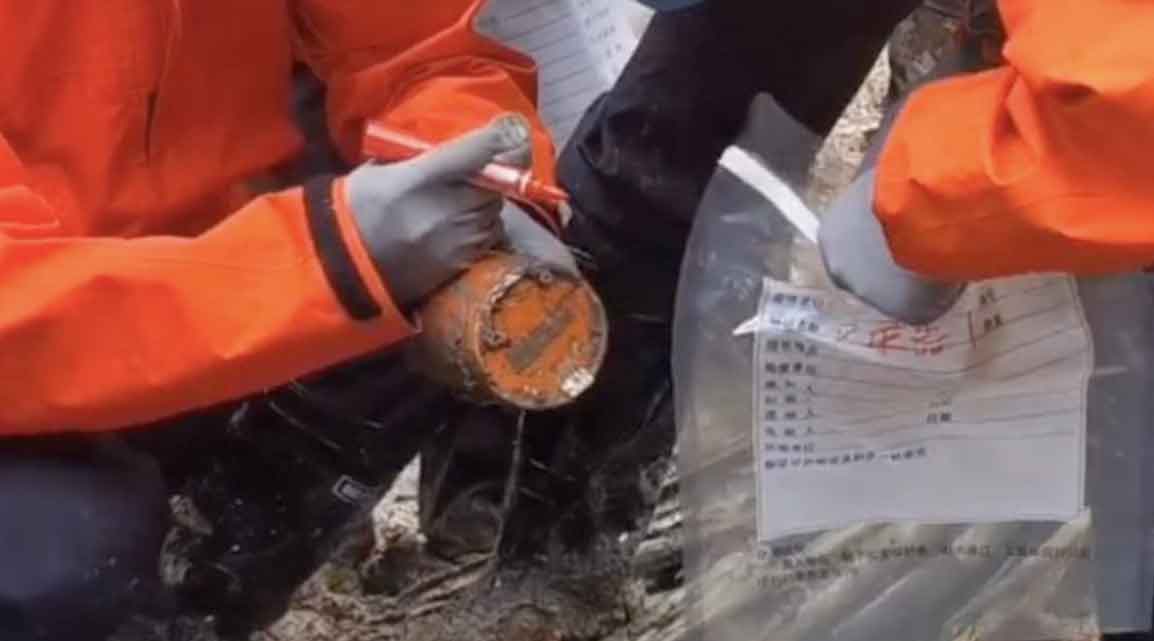 Recovery crews on Sunday found the second black box - the flight data recorder - from the wreckage of a China Eastern Airlines Boeing 737-800 jet that crashed into a mountainside in southern China. Flight MU5735, with 132 people onboard, was en route from the southwestern city of Kunming to Guangzhou on the coast on Monday when it dived from cruising altitude at about the time when it should have started its landing descent.

There had been little hope of finding any survivors. In a late night news conference on Saturday, officials announced that all of the people onboard, including nine crew members, have been confirmed dead. The other black box - the cockpit voice recorder - was found on Wednesday, and has been sent to Beijing for examination by experts.

The second black box was dug out of a slope at the crash site about 9:20 a.m. local time (0120 GMT) in muddy conditions after rain in recent days, state media reported.

The device was recovered 40 metres from the point of impact of the crash and 1.5 metres (5 feet) beneath the surface of the ground, according to state media.

The black box has been sent to Beijing for checks, according to state media.

The crash was the deadliest air disaster in mainland China since 1994, when a China Northwest Airlines flight from Xian to Guangzhou crashed, killing all 160 people on board.

According to flight tracking website FlightRadar24, the plane briefly appeared to pull out of its nosedive before resuming its plunge to earth.

FlightRadar24 data showed the aircraft was plummeting at a rate of 31,000 feet per minute.

Authorities said the pilots did not respond to repeated calls from air traffic controllers and nearby planes during the rapid descent.

The tragedy has shocked the nation and sent its social media into an overdrive as netizens parsed what little was known for clues.

China's cyberspace watchdog has ordered internet platforms and websites to clamp down on netizens spreading rumours and conspiracy theories, and any online mockery of the disaster.

Since the crash, authorities have banned users and closed accounts to deal with more than 167,000 rumours, ranging from the deaths of seven directors of a company to divine prophesies of a plane crash by the end of March.

It was too soon to determine the cause of the crash, and crashes are usually the result of a combination of factors, experts say.

China is leading the crash investigation. The United States has also been invited to take part, as the Boeing 737-800 was designed and manufactured there.

The U.S. National Transportation Safety Board (NTSB) said it was working with U.S. and Chinese authorities to resolve visa and COVID quarantine issues before participating.