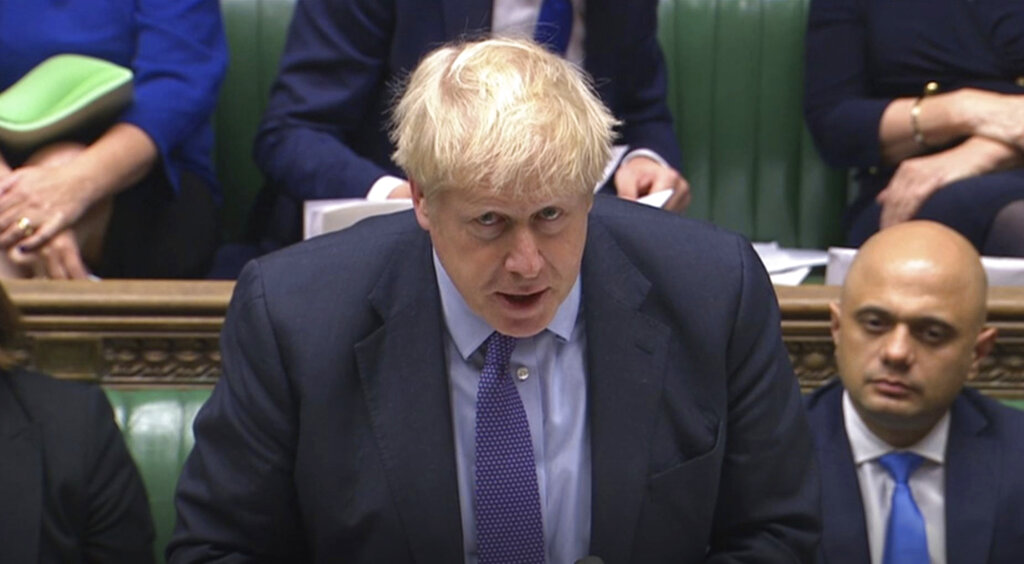 As the European Union granted a third delay to the divorce that was originally supposed to take place on March 29, the UK, its Parliament and its electorate remain divided on how or indeed whether to go ahead with Brexit.

Johnson, who had promised to deliver Brexit on October 31 “do or die”, has repeatedly demanded an election to end what he casts as a nightmare paralysis that is sapping public trust in politicians by frustrating any Brexit outcome at all.

His bill calling for a December 12 election was approved without a vote in its second reading on Tuesday, suggesting it has overwhelming support as it heads to its final stage in Parliament.

There will be a so-called third reading vote later on Tuesday before the bill goes to the House of Lords.

The first Christmas election in Britain since 1923 would be highly unpredictable: Brexit has variously fatigued and enraged swathes of voters while eroding traditional loyalties to the two major parties, Conservative and Labour.

Some politicians feel an election so close to Christmas could irritate voters, while campaigning and getting the vote out could be hampered by cold winter weather and darkness setting in by mid-afternoon.

Jeremy Corbyn, leader of the main Opposition Labour Party, had earlier in the day said he would back an election now the threat of Britain leaving the EU without a deal had been removed.

“Whatever date the House decides the election will be, I’m ready for it, we’re ready for it,” Corbyn told Parliament.

A last-minute row over expanding the electoral franchise that could have sunk Johnson’s election bid was averted when Opposition proposals to grant the vote to EU citizens with settled status and 16-17 year olds were not included in a provisional list of amendments to be voted on.

Lawmakers on Tuesday approved the timetable for Johnson’s “Early Parliamentary General Election Bill” without a formal vote and then waved it through in the second reading.