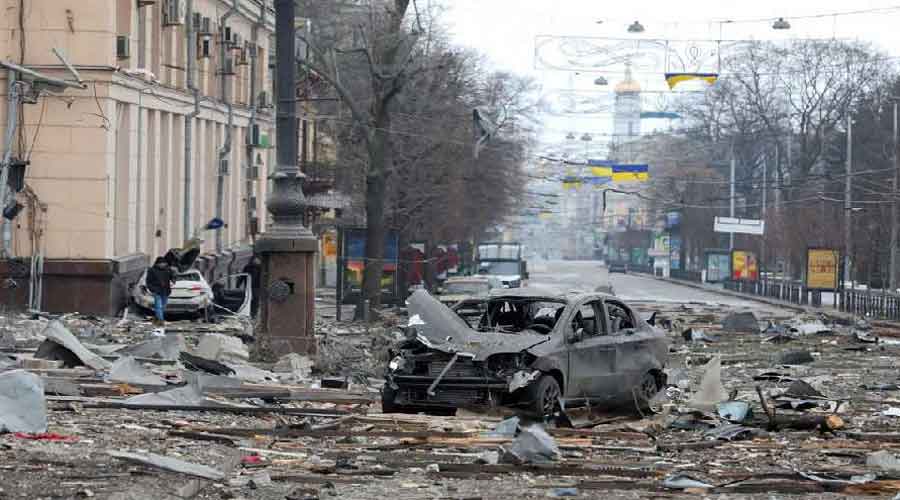 Powerful explosions rocked the Ukrainian city of Mykolaiv early on Saturday, the mayor said, a day after authorities said at least 21 people were killed when Russian missiles struck an apartment building near the Black Sea port of Odessa.

Air raid sirens sounded across the Mykolaiv region, which borders the vital port of Odessa, before the blasts.

“There are powerful explosions in the city! Stay in shelters!” Mykolaiv mayor Oleksandr Senkevich wrote on the Telegram messaging app. It was not immediately known what caused the explosions. Reuters could not independently verify the report.

Explosions flattened part of an apartment building while residents slept on Friday, another in a series of what Ukraine says are Russian missile attacks aimed at civilians. In his nightly video address on Friday, Ukrainian President Volodymyr Zelensky denounced the strikes as “conscious, deliberately targeted Russian terror and not some sort of error or a coincidental missile strike”.

A Russian missile earlier this week struck a crowded shopping mall in central Ukraine, killing 19 people. Thousands of civilians have been killed since Russia invaded Ukraine on February 24 in what Moscow calls a “special operation” to root out nationalists.

Residents in the resort village of Serhiivka near Odessa helped workers pick through the rubble of the nine-storey apartment block, a section of which had been destroyed in Friday’s early-morning strike.

“We came here to the site, assessed the situation together with emergency workers and locals, and together helped those who survived. And those who unfortunately died. We helped to carry them away,” said Oleksandr Abramov, who had rushed to the scene when he heard the blast.