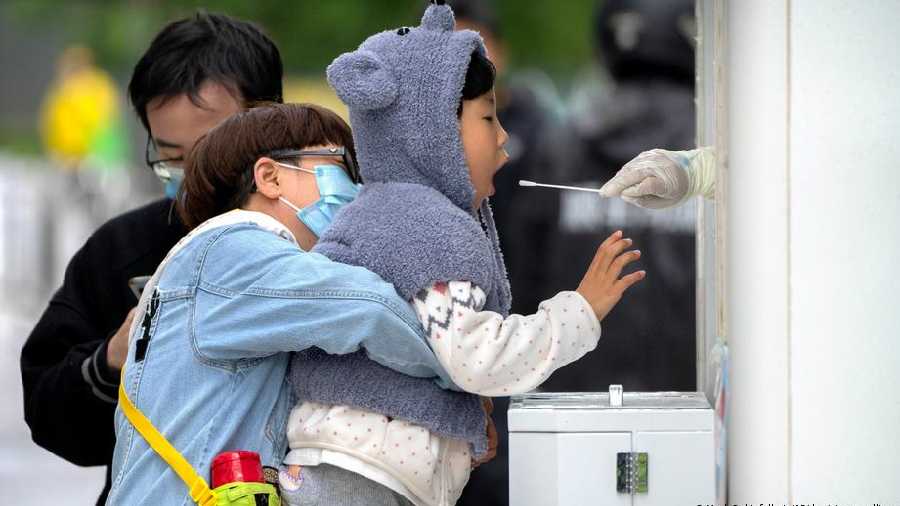 Several Chinese cities like Beijing, Tianjin, Chengdu and Shenzhen on Saturday scrapped the mandatory COVID-19 tests for public transport, as authorities softened their stance on the stringent Zero-COVID policy amid a spate of anti-government protests across the country.

Residents in Chengdu and Guangzhou no longer require to show Covid test results when entering most public places, the official media reported on Saturday.

On Friday, authorities in Beijing announced that 48-hour valid nucleic acid tests are no longer needed on buses and subways starting next Monday.

Passengers must, however, still keep their masks on, they said.

Shopping malls in Beijing will be open starting from December 3, although some still cannot provide dine-in services, for which a 48-hour test is required.

The marginal lifting of curbs came after last weekend's protests in several cities, including in Shanghai and Beijing against the draconian Zero-COVID lockdowns that are disrupting people’s livelihoods.

The rare protests also included calls for Chinese President Xi Jinping and the ruling Communist Party of China (CPC) to step down.

Acknowledging the protests, Xi told European Union (EU) President Charles Michel here on Thursday that the protests were carried out by students who were frustrated after three years of the pandemic.

“It was mainly students or teenagers in university,” he is reported to have said, according to a report carried by the Hong Kong-based South China Morning Post on Friday.

This is the first time that Xi has commented on the public protests, which reportedly have rattled his government.

Following the protests, security has been intensified in all the major cities in China.

Meanwhile, Dr. Michael Ryan, Director WHO emergencies said his organisation was pleased to see China loosening some of its coronavirus restrictions.

While referring to the protests, he told media in London on Friday that it is important that governments listen to their people when they are in pain, and WHO was glad to see China adjusting their current strategies in trying to recalibrate their response to fighting the virus.

The UN body in the past had termed China's zero-COVID strategy as not sustainable.

The COVID-19 first surfaced in the Chinese city of Wuhan in December 2019 and later spiralled into a pandemic.

Ryan also told Chinese authorities that using imported messenger RNA vaccines, like those made by BioNTech-Pfizer and Moderna would be a solid option for it to boost its immunisation coverage, especially for its elderly.

According to experts, China's vaccines have not proven to be effective, especially against the Omicron variant.

Official announcements of relaxations notwithstanding, residents of several apartments in Beijing still complain that they are still in lockdown following the detection of fresh cases.

China on Saturday reported 32,800 cases, down from the highs of over 40,000 cases that were reported a few days ago.

Along with eased controls in public transportation in urban areas, many cities have announced measures to improve medical services with fewer requirements in nucleic test results and more hospitals for the infected.

On Thursday, Beijing released new measures to ensure certain groups continue to enjoy smooth medical services, requiring that hospitals in the capital not reject patients who don't have negative tests taken within 48 hours.

The move was followed by Shenzhen and Chengdu, which, in addition to cancelling checks for nucleic tests for taking subways, told residents on Thursday that nucleic acid tests were not needed to enter most public places, and only green heath codes were required.

However, test results were still needed when entering medical institutions.

The southern Chinese city of Guangzhou, which has been the hardest hit by the recent COVID-19 wave, was among the first to cancel checks of nucleic acid tests in some public places in low-risk areas.

Many Chinese cities are further optimising their epidemic response with a "consistent strategy and flexible measures," facing the weaker Omicron strain, the Global Times report said.

State-run Xinhua news agency published an editorial on Friday urging cities to impose restriction measures fast and lift those measures quickly, calling for the impact of Covid-19 on people's lives and economic, social development to be minimised.