Dominic Sandbrook speaks in defence of the wartime leader 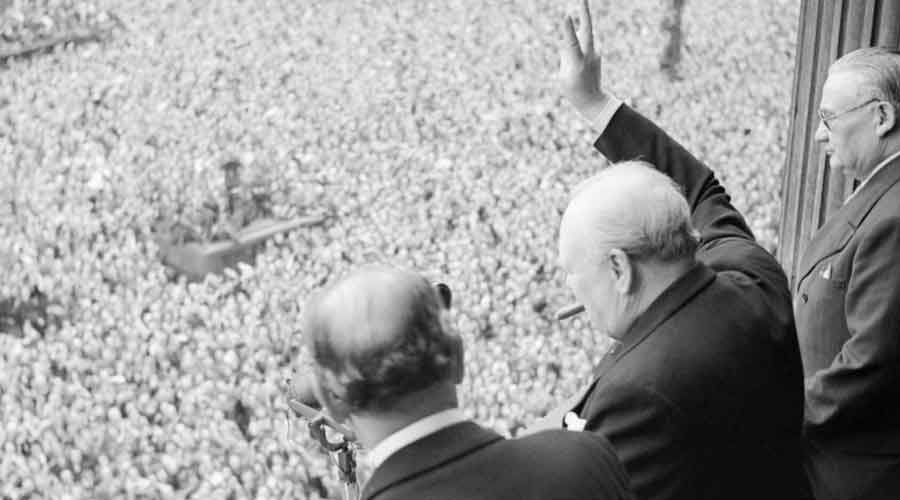 The British historian Dominic Sandbrook has attacked the BBC for carrying reports about Winston Churchill’s alleged culpability in aggravating the effects of the Bengal Famine of 1943 without including anyone to speak in defence of the wartime leader.

The triple whammy reports online and on the BBC’s Today programme on Radio 4 and on Newsnight on BBC1 by Yogita Limaye, a BBC news correspondent in Mumbai, painted a distressing picture of the famine in which at least three million people perished — and rubbished Churchill’s reputation for doing little or nothing to help the dying in Bengal.

Sandbrook’s response was published by the Daily Mail on Thursday as the main edit page article: “Why should we be forced to pay for a BBC that portrays Winston Churchill as a mass murdering racist?”

It was pointed out that last month Churchill’s statue in Parliament Square was defaced with the word “Racist” by Black Lives Matter protesters. “What’s more, has the BBC no sense of civic responsibility?” raged Sandbrook. “It’s only a few weeks since, humiliatingly, both the Cenotaph and Churchill’s Parliament Square statue had to be boxed up to protect them from screaming mobs. Is the BBC hoping to whip up a repeat performance?”

Yasmin Khan, an associate professor of history at Oxford and author of The Raj at War: A People’s History of India’s Second World War, gave the debate about Churchill a contemporary relevance: “We can’t blame him for creating the famine in any way. What we can say is that he didn’t alleviate it when he had the ability to do so, and we can blame him for prioritising white lives and European lives over South Asian lives which was really kind of unpleasant given the millions of Indian soldiers at the same time also serving in the Second World War.”

Soumitra Chatterjee, 85, who played Apu in the Satyajit Ray trilogy, was eight when the famine hit but he told the BBC he could still remember its consequences: “People would cry pitifully, asking for the liquid that came out of cooking rice, because they knew nobody had any rice to give them. And anyone who has heard that cry will never forget it in their life. There are tears in my eyes now when I’m speaking about it. I can’t check my emotions.”

Author and MP Shashi Tharoor, gave a scathing sound bite in the radio interview: “Winston Churchill was one of the unjustifiably exalted figures of the 20th century, an odious figure of reprehensible views and racist attitudes and whose long and shameful record deserves utmost condemnation today.”

Sandbrook had looked for balance: “Watching in disbelief, I wondered which historians the BBC had lined up to counter these arguments. Sir Max Hastings, one of our leading experts on Churchill and World War II? Andrew Roberts, whose recent biography of the great man won countless awards?

“The BBC’s message was clear. Churchill was a racist and a villain — and if you don’t agree, then so are you.”

However, historian Rudrangshu Mukherjee, had been quoted as saying: “I am not in favour of pulling down or defacing statues. But I think in the plaque below the statues, the full history should be recorded, that Churchill was a hero in the Second World War, but that he was also responsible for the deaths of millions of people in Bengal in 1943. I think Britain owes that to Indians and to itself.”

Madhusree Mukerjee, author of Churchill’s Secret War: The British Empire and the Ravaging of India during World War II, commented: “Churchill did several things that greatly aggravated the death toll.”

Sandbrook attacked the BBC rather than the apparent lack of balance in Limaye’s highly personal account of how she had grown up with Enid Blyton who had a character that kept a picture of Churchill on her mantelpiece because she “had a terrific admiration for this great statesman”.

Would she now throw out her Blyton books?

“No,” mused Limaye. “The happy memories they evoke are not tainted by what I now know. But I won’t pass them on to the children in my family. They deserve to read stories set in a more equal world.”

Sandbrook gave his own version of Bengal history: “There’s no doubt the Bengal famine, which killed perhaps three million people in 1943 and 1944, was a horrific business. It was one of dozens of famines that have stricken the subcontinent in recorded history, such as the Deccan famine of 1630 to 1632, in which some seven million died. The common denominator is the climate. With its teeming population, India desperately needs water to irrigate crops. What made the famine of 1943 so dreadful was the context. Japan’s invasion of Burma had driven hundreds of thousands of starving refugees into India.”

Meanwhile, Japanese ships had sunk an estimated 100,000 tonnes of Allied shipping in the Bay of Bengal. Above all, the Japanese had cut off the flow of Burmese rice, on which so many Indian families depended.”

The Churchill version the British prefer is best summed up in the Oscar winning movie, The Darkest Hour, which tells the truth – but not the whole truth.