Battle to save India Club may not be over

The battle to save the India Club, an historic venue in London with links to V.K. Krishna Menon, the India League and the fight for Indian independence, may not be quite over 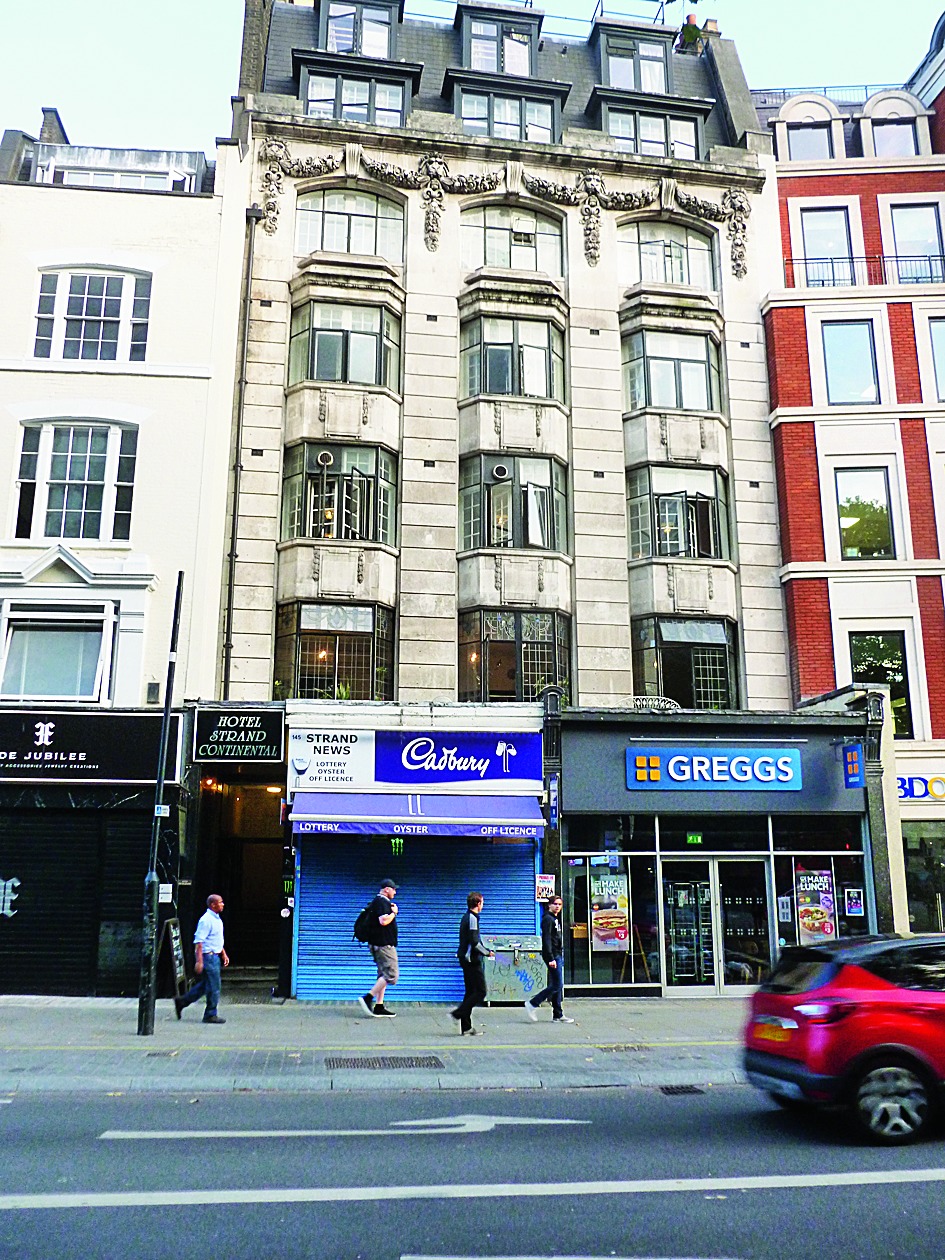 The Hotel Strand Continental which houses the India Club bar on the first floor and the restaurant on the second.
Amit Roy   |   Published 04.08.18, 12:00 AM

The battle to save the India Club, an historic venue in London with links to V.K. Krishna Menon, the India League and the fight for Indian independence, may not be quite over.

This is because Marston Properties, the freeholders of 143-145 The Strand, are said to be considering an appeal against Westminster City Council's decision announced on Tuesday to reject plans to demolish the India Club and replace it with a new hotel.

Virendra Sharma, the Labour MP for Ealing Southall who gave evidence to the council, said: 'We have won this first battle but the future of the India Club is not yet totally safe.'

Councillor Tony Devenish, chairman of Westminster City Council's planning applications sub-committee, summed up: 'Westminster Council refused permission for the redevelopment of 143-145 Strand due the potential loss of an important cultural venue located on its site, the India Club. The India Club has a special place in the history of our Indian community and it is right that we protect it from demolition.'

But Marston Properties are believed to be examining ways of overturning Westminster's decision which means celebrations marking the rejection of the planning application may be slightly premature.

Another councillor Tim Roca, told The Telegraph: 'Not only is the club an embodiment of Indian-British history, with key links to the independence movement, but it is also a thriving present day cultural destination.

'Instead of appealing against the decision, which I'm sure Westminster Council would contest vigorously and confidently, the developers should be working with the India Club in securing the next chapter of its history, for the benefit of generations to come.'

Although Marston Properties claim to respect heritage, the developers are widely viewed with suspicion, especially by Indians. It has been accused of trying for years to get rid of the leaseholder, Yadgar Marker, a Parsee who runs the India Club bar and restaurant on the first and second floor respectively of the building with the help of his daughter, Phiroza.

They expressed 'delight' with Westminster's decision and said: 'We have been overwhelmed with the support we have received. The India Club is a constant reminder of Westminster's multicultural identity and Indo-British friendship.'

The council was impressed that 26,000 people, including prominent figures in India and the UK, signed the 'Save the India Club' petition.

The council was also highly critical of Historic England, which refused to grant listed status to the India Club on the grounds the building allegedly lacked architectural merit.

According to its own terms of reference, it should have taken into account its historic value, the council added.

Among those who applauded Westminster's decision was Indian author and MP Shashi Tharoor, who recalled: 'My late father Chandran Tharoor was one of the founders of the India Club, with Krishna Menon. A silent tip of the hat to his memory.'

In the UK, the peer Karan Bilimoria stressed: 'Many of London's historic landmarks testify to the centuries of ties between the UK and India but few are quite as historical as the India Club.

'The club hosted meetings of the India League who were integral to the campaign for Indian Independence. 'I first visited the India Club as a boy with my late father Lt-Gen Faridoon Bilimoria.'