Laura Pidcock, depicted by the press as a feminist firebrand, has announced she is to have a baby and added defiantly that "I will have to balance being a mum and an MP in what is quite an inflexible system". 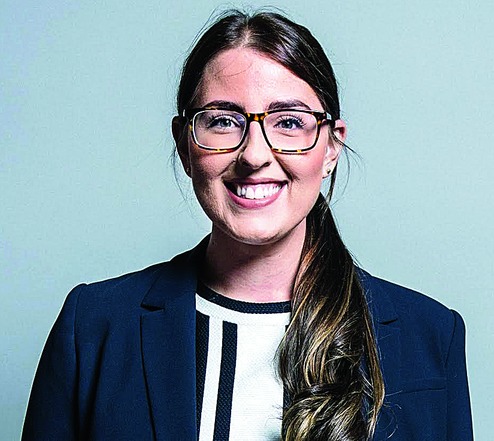 London: Laura Pidcock, depicted by the press as a feminist firebrand, has announced she is to have a baby and added defiantly that "I will have to balance being a mum and an MP in what is quite an inflexible system".

Pidcock has been tipped as a possible successor to Jeremy Corbyn by the New Statesman magazine although the 30-year-old was only elected the Labour MP for North West Durham in June last year.

Pidcock broke the news on her Facebook page: "Some news! I want my constituents to know that, all things being well, I will be having a child in late July and I'm over the moon. The overriding message I want to get out is that I now consider myself to have two important roles and not one."

Among changes she is campaigning for is one which would allow MPs, especially women with young children, to vote either online or by using proxies.

At present, MPs have to vote in person.

Pidcock told her local paper, The Northern Echo: "I didn't let that many people know about the pregnancy before now because I didn't want to have to fight something I feel very positive about. In a way it makes me cringe to make an announcement about it, because having a baby is a very normal thing to do, women have been having babies throughout history. I just wanted to reassure my constituents that I will still be there for them.

"Just because an MP is pregnant or has a family shouldn't mean they should be taken out of the system and unable to vote."

She described her partner of three years, Daniel Kebede, a National Union of Teachers official, as "very-much a 21st century man".

In the summer after the election, Pidcock made headlines by saying she had "absolutely no intention of being friends" with any Tory MP - "the idea that they're not the enemy is simply delusional".

In her maiden speech in the Commons, Pidcock, a strong Corbyn supporter and appointed by him as a shadow minister, reflected the strident voice of the new Left.

"Turning to this place, this building is intimidating. It reeks of the establishment and of power; its systems are confusing - some may say archaic - and it was built at a time when my class and my sex would have been denied a place within it because we were deemed unworthy."