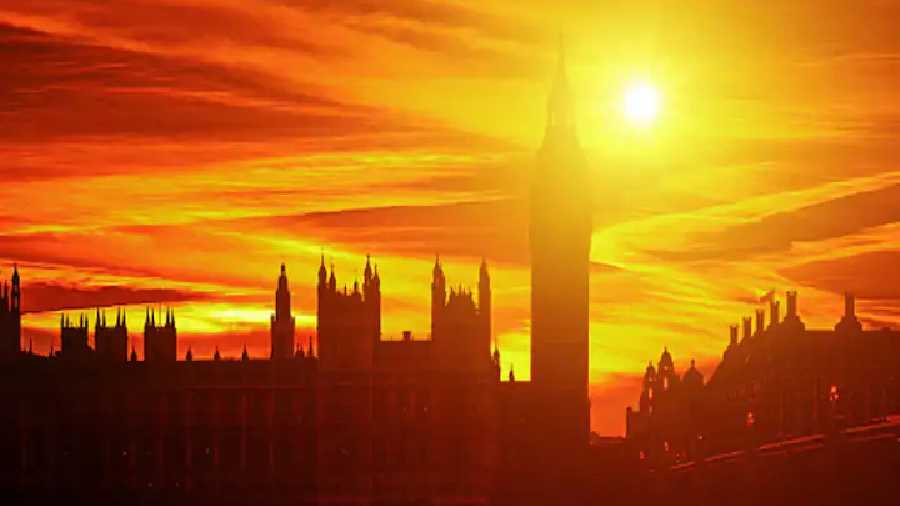 At least 15,000 people have died in Europe because of hot weather in 2022 so far, the World Health Organization said Monday, with Spain and Germany among the worst-affected countries, according to media reports.

The three months from June-August were the hottest in Europe since records began, and the exceptionally high temperatures led to the worst drought the continent has witnessed since the Middle Ages.

"Based on country data submitted so far, it is estimated that at least 15,000 people died specifically due to the heat in 2022," the WHO's Regional Director for Europe Hans Kluge said in a statement.

The three months from June-August were the hottest in Europe since records began, and the exceptionally high temperatures led to the worst drought the continent has witnessed since the Middle Ages.

"Based on country data submitted so far, it is estimated that at least 15,000 people died specifically due to the heat in 2022," the WHO's Regional Director for Europe Hans Kluge said in a statement.

The global mean temperature in 2022 is estimated to be 1.15 degree Celsius above the pre-industrial (1850-1900) average, likely making the eight years from 2015 the warmest on record, the World Meteorological Organisation said in a report on Sunday.

The report titled 'WMO Provisional State of the Global Climate 2022' released at the 27th Conference of Parties to the UNFCCC on Sunday stated that the rate of sea level rise has doubled since 1993 and has risen by nearly 10 mm since January 2020 to a new record high this year, reports PTI.

The past two-and-a-half years account for 10 per cent of the overall rise in sea level since satellite measurements started nearly 30 years ago, the report stated.

The figures used in the provisional 2022 report are till the end of September this year. The final version will be issued next April.

Despite La Ni a conditions keeping the global temperature low for the second consecutive year, 2022 is still most likely to be the fifth or sixth warmest year on record, the WMO said.

The 10-year average for the period 2013-2022 is estimated to be 1.14 degrees Celsius above the pre-industrial baseline. This compares with 1.09 degrees Celsius from 2011 to 2020, as estimated by the Intergovernmental Panel on Climate Change (IPCC) Sixth Assessment report.

The pre-monsoon period was exceptionally hot in India and Pakistan.

Pakistan had its hottest March and April on record. The heat caused a decline in crop yields. This combined with the banning of wheat exports and restrictions on rice exports in India are threatening the international food markets and posing risks to countries already affected by shortages of staple foods.

Record-breaking rain in July and August led to extensive flooding in Pakistan. There were at least 1,700 deaths and 33 million people affected while 7.9 million people were displaced.

India also reported significant flooding at various stages during the monsoon season, particularly in the northeast in June.

Around 700 people died due to floods and landslides, and another 900 from lightning. Floods also triggered 6,63 000 displacements in Assam, the WMO observed.

"The greater the warming, the worse the impacts. We have such high levels of carbon dioxide in the atmosphere now that the lower 1.5 degree Celsius of the Paris Agreement is barely within reach," said WMO Secretary-General Prof Petteri Taalas.

"It's already too late for many glaciers and the melting will continue for hundreds if not thousands of years with major implications for water security," he said.

The rate of sea level rise has doubled in the past 30 years. Although still measured in terms of millimetres per year, it adds up to half to one meter per century and that is a long-term and a major threat to millions of coastal dwellers and low-lying states, Taalas said.

With global warming increasing the rate of ice melt, the global mean sea level has risen by an estimated 3.4 mm per year over the 30 years (1993-2022) of the satellite altimeter record.

Since January 2020, the global mean sea level has risen by nearly 10 mm, approximately 10 per cent of the overall rise in sea level since satellite measurements began in 1993.

Overall, 55 per cent of the ocean surface experienced at least one marine heatwave in 2022.

Compared to this, only 22 per cent of the ocean surface experienced a marine cold spell. Marine heatwaves are becoming more frequent, in contrast to cold waves.

The ocean stores around 90 per cent of the accumulated heat from human emissions of greenhouse gases. The upper 2,000 m of the ocean continued to warm to record levels in 2021 (the latest year for which figures are available).

Warming rates have been especially high in the past two decades. It is expected that it will continue to warm in the future a change which is irreversible on centennial to millennial time scales.

In the European Alps, glacier melt records were shattered in 2022. Average thickness losses of between 3 and over 4 metres were measured throughout the Alps, substantially more than in the previous record year 2003.

In Switzerland, 6 per cent of the glacier ice volume was lost between 2021 and 2022, according to initial measurements.

For the first time in history, no snow outlasted the summer season even at the very highest measurement sites and thus no accumulation of fresh ice occurred.

Dr Chandni Singh, Senior Researcher and Faculty Member at the Indian Institute for Human Settlements, said, "The report clearly shows how 2022 follows past trends and has seen increasing extreme events across the world. Many of these events came sequentially, like the heatwaves and floods in Pakistan, testing people's ability to cope.

"We know that with higher warming, such extreme events will only increase and endlessly adapting to them is a myth. This is why we need urgent mitigation across sectors now."

Dr Anjal Prakash, Research Director, Bharti Institute of Public Policy, Indian School of Business, said, "The report reaffirms the findings of the 2022 IPCC reports. It's now common knowledge that the earth is warming at unprecedented rates, and its consequences are being borne by the people who contributed least to this process."

The report shows that there is an urgency for climate action. Countries of the industrialised north must own up to the responsibility and pay towards the loss and damages happening in the global south. These reports bring in the issue of climate justice in a much more pronounced way, he said.

"I hope that COP27 can fix the responsibilities of the countries and work towards a common future where levels of warming are curbed through collective action.

"South Asia is particularly vulnerable as we have seen the devastating impacts of climate change in terms of rising climate-led extreme events such as floods in Bangladesh, India and Pakistan," he added.

Leaders and officials from 200 countries gather on Sunday for the UN climate conference (COP27) at Sharm El-Sheikh, Egypt, to discuss how to jointly address climate change.

US nudging Ukraine on Russia talks