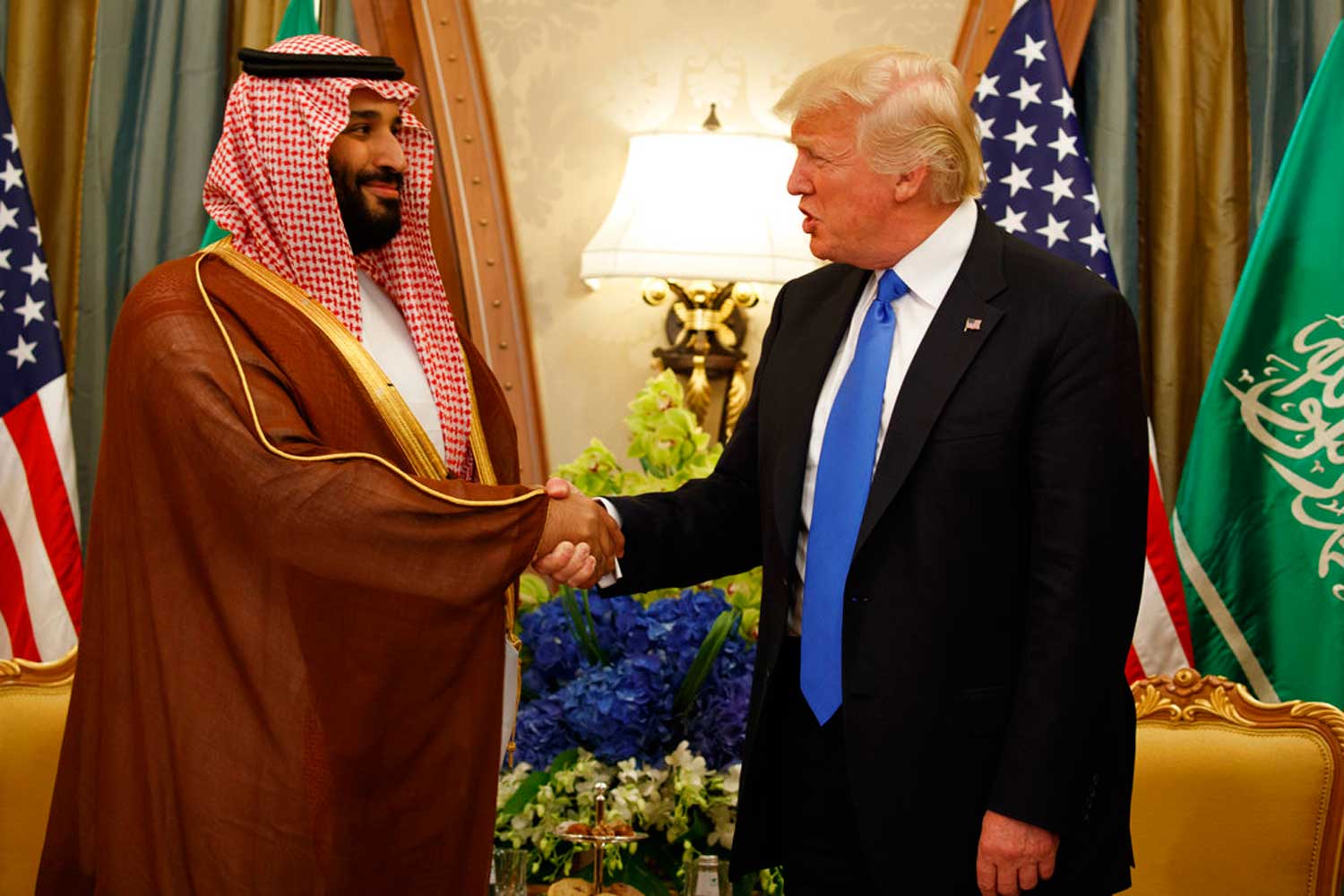 Saudi Crown Prince Mohammed bin Salman's first trip abroad since the killing of Saudi writer Jamal Khashoggi will offer an early indication of the repercussions he faces from the gruesome slaying.

The prince is visiting close allies in the Middle East before attending the Group of 20 summit in Argentina on November 30, where he will come face to face with President Donald Trump, who has defended US ties with the kingdom, as well as European leaders and Turkey's president, who has kept pressure mounting on Riyadh since Khashoggi was killed and dismembered in the Saudi Consulate in Istanbul on October 2.

'It's really going to be about can you travel to the rest of Western capitals for the foreseeable future and expect to sort of shake people's hands, and I'm not sure that that's the case,' said H.A. Hellyer, a scholar at the Royal United Services Institute and Atlantic Council.

The trip, aimed at rebuilding his image and reinforcing ties with allies, promises to offer a contrast to the prince's lengthy tour across the US in April, where he met Michael Bloomberg, Rupert Murdoch, Disney chief Bob Iger, Google co-founder Sergey Brin, Apple's Tim Cook and former President George H. Bush, among many others.

'There's no way he could do that sort of trip right now,' Hellyer said.

The crown prince's plan to attend the G-20 summit in Buenos Aires 'tells me that he feels that he's ridden out the storm, or that in order for him to ride out the storm this is exactly what he needs to do.'

After denying any knowledge of Khashoggi's death for weeks, Saudi authorities eventually settled on the explanation that he was killed in an operation aimed at forcibly bringing the writer back to the kingdom.

Saudi prosecutors say the plan was masterminded by two former advisers to the crown prince and are now seeking the death penalty for five people allegedly involved in the killing.

That seems to have settled the matter for Trump, who issued an extraordinary statement last week saying the US would not take further action after sanctioning 17 individuals linked to the killing.

Trump has brushed aside assessments by US intelligence and other experts that the crown prince must have been involved in the high-level operation, and said he would maintain close relations with Saudi Arabia in part because of its oil wealth and its multi-billion-dollar purchases of US arms.

Trump's contention that 'maybe he did, maybe he didn't' order the killing appears to have helped pave the way for the crown prince's return to international forums.

But even if Trump shakes his hand at the G-20 summit, the crown prince could still remain persona non grata within Washington's beltway, where members of Congress from both parties have demanded stronger action, as well as Wall Street and Silicon Valley.

He could also get an icy reception from other leaders at the G-20. In Europe there have been calls to end arms sales to Saudi Arabia, and Canada could still be smarting from a diplomatic row sparked by Saudi anger at its criticism over human rights in the kingdom.

Turkish President Recep Tayyip Erdogan, who is expected to attend the summit, was instrumental to the global backlash the prince now faces.

Despite the international outrage, the crown prince's decision to travel to Argentina signals that he still has the strong support of his 82-year-old father, King Salman, and faces no major threat at home.

Human Rights Watch said on Monday it has asked Argentina to investigate the Saudi crown prince for his role in the war in Yemen, where a kingdom-led coalition is fighting Shiite rebels, and also noted allegations of his possible complicity in Khashoggi's slaying.

Since Argentina's constitution recognises universal jurisdiction for war crimes and torture, said the New York-based watchdog, its judicial authorities are empowered to prosecute these crimes no matter where they were committed, and regardless of the nationality of the suspects or their victims. There was no immediate response from Buenos Aires.

On his first stop on the tour, in the UAE, the crown prince was embraced on the tarmac by Abu Dhabi Crown Prince Mohammed bin Zayed, a close ally who has reportedly served as a mentor to the 33-year-old royal. The crown prince attended the Formula One Grand Prix in Abu Dhabi, where he was filmed in a VIP box chatting with the former King of Spain Juan Carlos and Chechen leader Ramzan Kadyrov.

In possible a sign of changes underway, Prince Mohammed embarked on his foreign tour with figures who may take on greater prominence as he redraws his circle of advisers. Those include Minister of State Mohammad Al Shaikh, Chief of General Intelligence Khalid al-Humaidan and royal court adviser Prince Turki bin Mohammed bin Fahd, among others.

The two close advisers implicated in the Khashoggi killing — Saud al-Qahtani, a royal court adviser who was a friend of the crown prince, and Ahmed al-Assiri, a general whom the crown prince had promoted to a top intelligence post — were fired last month. The crown prince himself oversees all major levers of power in the kingdom, including the military and security forces.

Saudi analyst Mohammed Alyahya said that over the past two years many state institutions in the kingdom were marginalised in favour of a quicker, ad hoc decision-making process led by people with newfound power.

'There's a real understanding, I think, in the kingdom, that there needs to be serious structural change to ensure that something like this can never happen again,' Alyahya said. 'I think we're going to see definitely some return to institutionalism, some return to a consensus-based decision-making process and commitment to defined procedures.'

Still, it remains to be seen whether a wider circle of advisers will be consulted, whether they will challenge the crown prince and whether he will listen to them.

'I'm unaware that he employs anybody deliberately who will tell him 'that's a really bad idea,'' said Simon Henderson, a scholar at the Washington Institute for Near East Policy who has written extensively about the crown prince.

'He is not getting that challenging advice, nor is he seeking it from within his inner circle and from outsiders. He may listen, but he doesn't absorb,' Henderson said.