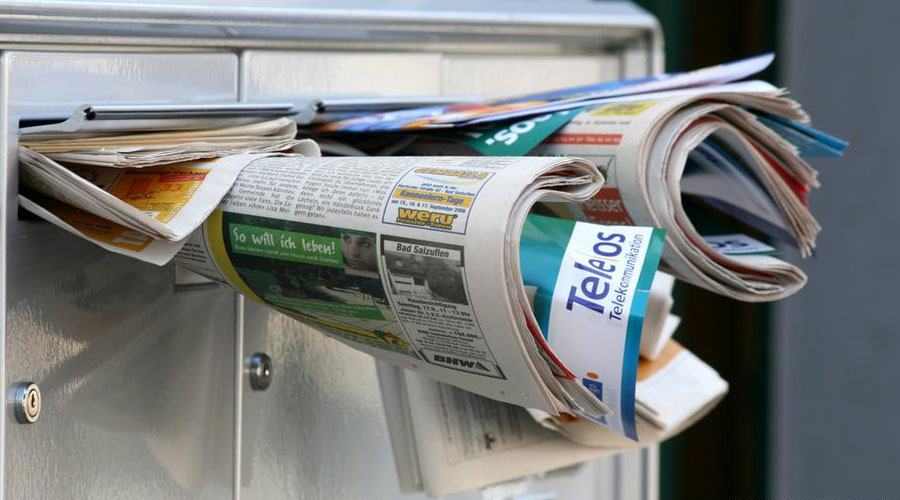 Over 28 billion printed ads land in German mailboxes every year, wasting resources and polluting the environment, according to activists with the Deutsche Umwelthilfe group. They have urged the government to take action.The German government should pass a new law to fight "a flood of advertising trash," said the country's DUH group (also known as Environmental Action Germany) on Sunday.

The group estimates that companies print over 28 billion sheets of advertising material every year in Germany alone, with the sole goal of dropping them into someone's mailbox unsolicited. This amounts to roughly one a day for every single resident.

"We cannot afford to produce printed ads by the billions that end up in the trash," said DUH chief Barbara Metz.

Currently, German residents can "opt out" from receiving junk mail by placing a sticker that says "No advertisements, please" on their mailbox, though this request is sometimes ignored by delivery people.

DUH is now calling for the government to implement an "opt-in" system, where only people who label their mailboxes as open for ads would keep receiving physical mail from advertisers.

"Whoever wants to keep getting ads, will get them," Metz said in a statement. "But we will save on the majority of the pamphlets that are produced thoughtlessly and never read."

The group pointed to the Dutch city of Amsterdam, which implemented a similar system in 2018 and has been saving 6,000 tons of paper and hundreds of waste disposal trips every year. Implementing an "opt-in" law across Germany would save up to half a million tons of carbon dioxide annually, they said. Companies should instead focus on online advertising, according to the association.

But passing such a law in Germany might not be a simple task. The country's Justice Ministry pointed to legal obstacles such as the constitutionally guaranteed freedom of advertising, and — when it comes to newspapers who have sections dedicated to ads — the freedom of press.

Answering a query from the German dpa news agency, the ministry said "a legislative initiative for a corresponding legislation had not been planned."