25 killed in attack on Kabul University

Ahmad Samim, a student, told journalists he saw militants armed with pistols and Kalashnikov assault rifles firing at the school 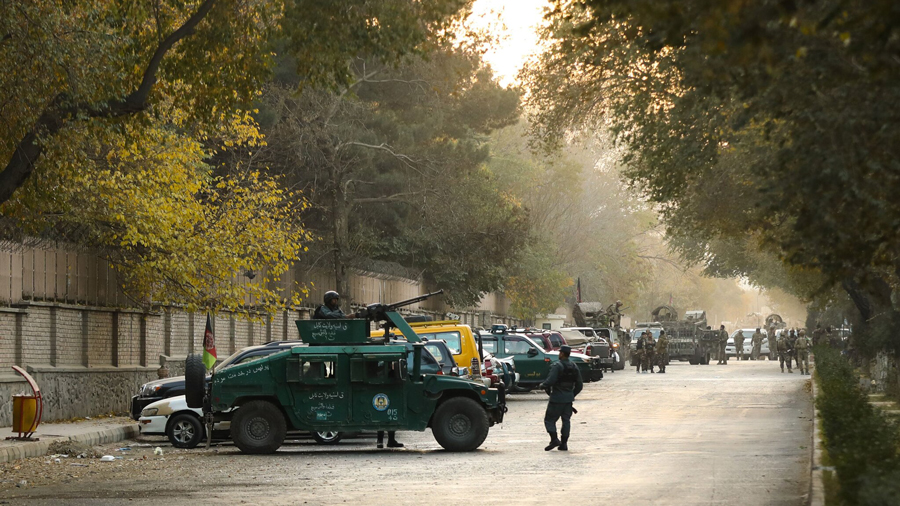 Gunmen stormed Kabul University on Monday as it hosted a book fair attended by the Iranian ambassador to Afghanistan, sparking an hours-long gun battle and leaving at least 25 dead and wounded at the war-torn country’s largest school.

The ministry’s spokesman, Tariq Arian, would not break down the casualty numbers for the attack at the campus in the Afghan capital, though local media reports were saying there may be as many as 20 killed. Arian also said there were three attackers involved in the assault, all of whom were killed in the ensuing firefight.

As the sun slowly set over the Afghan capital, there were few details though the Taliban issued a statement denying they took part in the assault.

The attack came as the insurgents are continuing peace talks with the US-backed government. Those negotiations, taking place in the Gulf Arab state of Qatar, aim to help the US finally withdraw from America’s longest war, though daily bloodshed continues and an Islamic State affiliate launches its own attacks on Shias in the country.

Five hours into the fighting, sporadic grenade explosions and automatic weapons fire echoed down the empty streets surrounding the university’s fenced compound. Afghan troops stood guard. Earlier, students were fleeing for their lives from the site.

“Unfortunately, there are casualties,” Arian said as the assault unfolded, without elaborating.

Ahmad Samim, a university student, told journalists he saw militants armed with pistols and Kalashnikov assault rifles firing at the school, the country’s oldest with some 17,000 students.

He said the attack happened at the university’s eastern side where its law and journalism faculty teach.

Afghan media reported a book exhibition was being held at the university and attended by a number of dignitaries at the time of the shooting.

While Afghan officials declined to discuss the bookfair, Iran’s semi-official ISNA news agency reported on Sunday that Iranian ambassador Bahador Aminian and cultural attaché Mojtaba Noroozi were scheduled to inaugurate the fair, which would host some 40 Iranian publishers.

Iranian state TV reported the attack occurred, but did not offer information on its officials. Iranian diplomats have been targeted previously by attacks in the country.