16 get death for teen’s murder in Dhaka

Principal who was accused of sexual harassment by victim sentenced 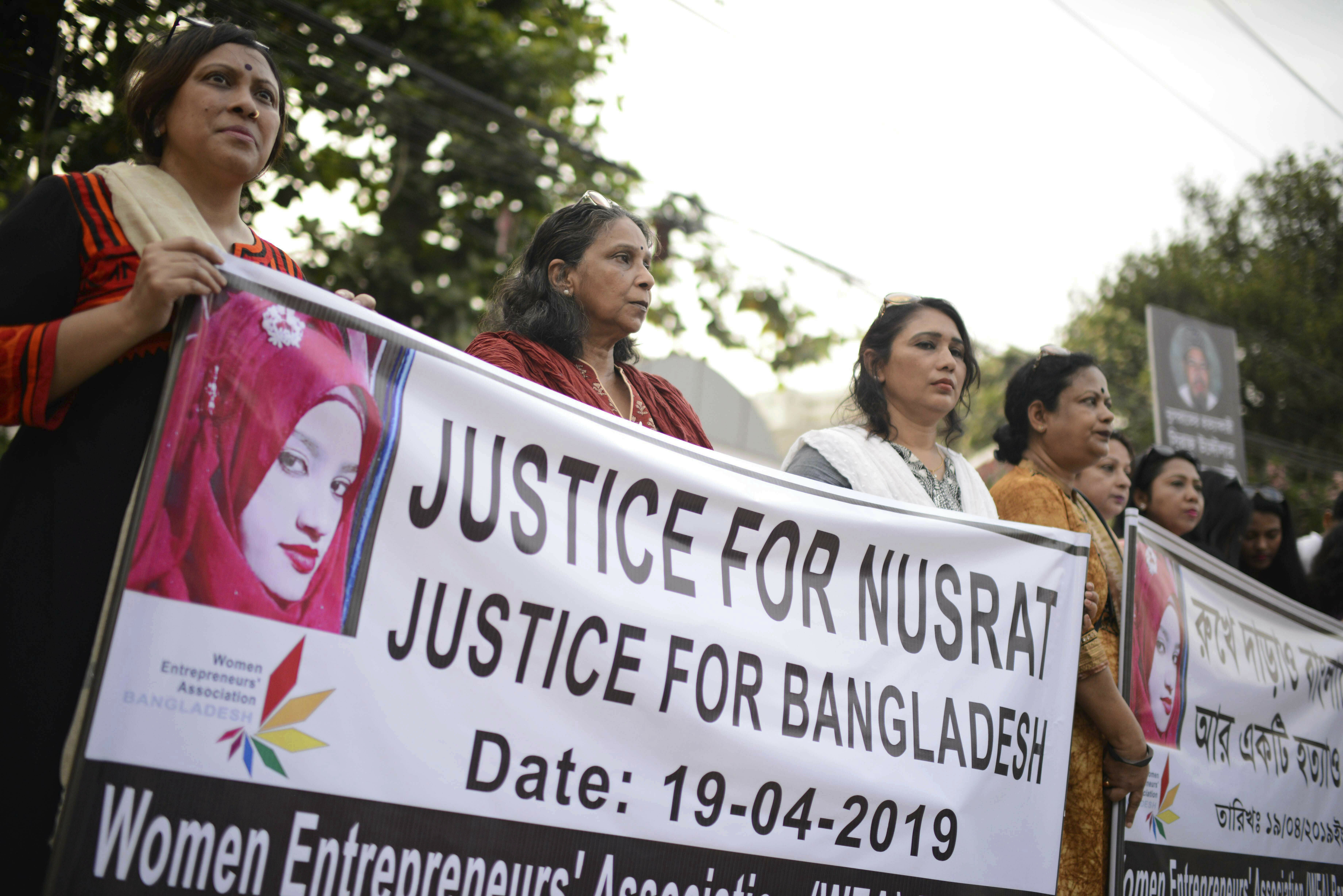 File photo, protesters gather to demand justice for Nusrat Jahan Rafi who was killed after she was set on fire for refusing to drop sexual harassment charges against her Islamic school's principal, in Dhaka, Bangladesh
AP
Reuters   |   Dhaka   |   Published 24.10.19, 07:21 PM

The principal of a religious school in Bangladesh was among 16 people sentenced to death on Thursday for the murder of a teenage girl who refused to withdraw a complaint of sexual harassment against him, the public prosecutor said.

The perpetrators poured kerosene over Nusrat Jahan, 18, and set her on fire on the roof of her madarsa in April in the southeastern district of Feni. Police said in their chargesheet the murder was carried out on the orders of the principal.

“The judgment proves that no one is above the law,” public prosecutor Hafez Ahmed told reporters after the court verdict. He said the defence lawyers had tried unsuccessfully to establish that Jahan had committed suicide.

Defence lawyer Giasuddin Nannu said all the convicts will challenge the verdict in the High Court.

Jahan’s death sparked public outrage and mass demonstrations calling for her killers to be punished. She had faced pressure to withdraw a complaint to police in March accusing the school principal of attempted rape, her family said.

Prime Minister Sheikh Hasina had met her family and vowed to bring the killers to justice.

Two female classmates and two local leaders of her party were among those convicted.

After the murder, the government instructed some 27,000 educational institutions to form committees to prevent sexual assaults.

“I can’t forget her for a moment. I still feel the pain that she went through,” mother Shirin Akhtar said as she burst into tears at her home following the verdict.

Jahan’s brother, Mahmudul Hasan Noman, demanded that the death sentences be carried out swiftly and sought protection for his family against reprisals.

“We live in fear. We were threatened even today in the courtroom,” Noman said.

Bangladesh has seen a dramatic rise in the number of rape cases in recent months, with 217 women and children raped in September, the highest in any single month since 2010, according to a report published by Bangladesh Mahila Parishad, a women’s rights group.

Many more cases go unreported because women fear being stigmatised.

Rights activists attribute the increasing number of rapes to a lack of awareness, a culture of impunity, moral decadence, and people of influence protecting suspected rapists for political reasons.

“This verdict has set an example. It shows that with utmost sincerity we can ensure justice within our existing system,” said the group’s head, Ayesha Khanam.